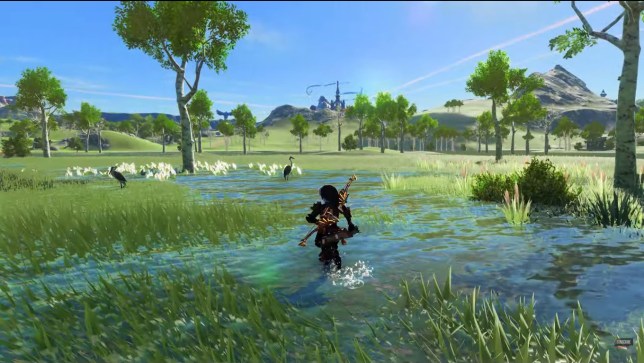 Zelda: Breath Of The Wild – maybe on the Switch 3? (pic: YouTube)

As rumours about the Switch Pro insist it’ll be released this year an unofficial video has shown what an upgraded version of Zelda could look like.

Although it seems increasingly likely that Nintendo will announce a more powerful version of the Switch this year, referred to by fans as the Switch Pro, there’s little clue as to how exactly games will take advantage of it.

A rumour last year suggested that Nintendo was already asking developers to make their games 4K-ready and if the Switch Pro can output at that resolution it certainly seems likely that classic games such as Zelda: Breath Of The Wild would get an update.

That still wouldn’t look as good as this fan made video, which runs at 8K with ray-tracing, but it does give an idea of just how well the game brushes up on more powerful hardware.

The video below uses a PC emulator to run at the equivalent of an ‘ultra graphic’ setting, beyond what even an Xbox Series X or PlayStation 5 could manage.

YouTube Channel Digital Dreams specialises in showing games running at graphical settings that are impossible on their native format, with the section at the beginning of the video, in Korok Forest, being something that still suffers from frame rate issues on an ordinary Switch.

No current console can output native 8K with any kind of graphically intensive game and even if it could hardly anyone owns a TV that could display it.

Ray-tracing is possible on the new consoles but it’s highly unlikely that the Switch Pro would be able to use the technology as a matter of course (although technically Crysis on the current Switch already does).

It also wouldn’t be surprising if the Switch Pro didn’t running at a native 4K resolution, but instead upscaled from a lower resolution.

Given the form factor of the Switch, the difficulties in terms of battery life, heat generation, and price mean there’s only so much Nintendo can do. But any upgrade is going to be welcome and it’s clear from this video that the definitive version of Breath Of The Wild would be a beautiful thing.

Who’s in the cast of Zack Snyder’s Justice League? – The Sun