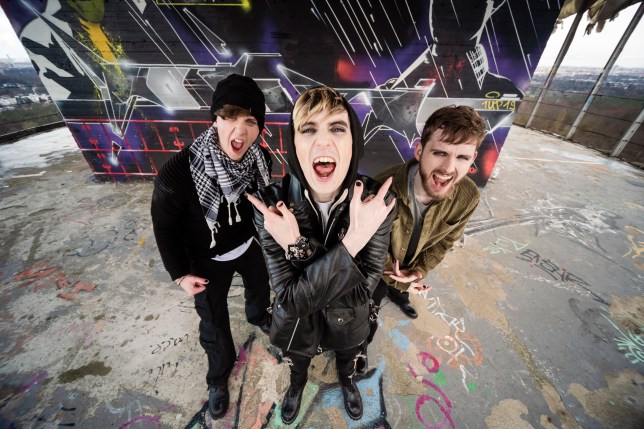 The shoutcasters from the League of Legends European Championship (LEC) have become multifaceted entertainers with superb original songs spanning across multiple genres.

What started as a cute pop song for a sponsored video with Kia has snowballed into an impressive portfolio of spectacular music – from the catchy, K-pop inspired Dance With Me to the hilarious rap battles, there really is something for all tastes.

As for this year, the LEC team have turned to emo-inspired songs, Reckless with my Heart and Crown. The first is a song from the perspective of sad Fnatic fans after the team lost its star player Martin “Rekkles” Larrsson and was a smash hit with over 1.4 million listens on Spotify.

Speaking with Metro.co.uk, Welsh LoL commentator Andy ‘Vedius’ Day told us more about the fantastic songs and how they were brought to life.

Starting things off, how did you end up making two rock songs this year?

Drakos and I were chilling in the car, listening to music, put some emo on and I’m Not Okay by My Chemical Romance was playing then Drakos was like wouldn’t it be funny if we made an emo song about Rekkles. It stemmed from something like that, we bounced it back and forth, joked about a couple of lyrics and this was all on the drive to another shoot. We made that because we thought it was actually a good idea, it had strong motivation. We were Fnatic fans upset that he left and made a song that represented those fans.

Then with Crown, we wanted to leverage the success of that last song and I wanted something a little bit heavier. But I thought, for the people that really like that genre, they will love Crown way more than they love Reckless with my Heart. I personally think Crown is a better song, I’m more proud of that song. I’ve been taking singing lessons since Reckless with my Heart, I think my singing wasn’t that good in Reckless because we had to tune the song into a tone I could actually sing.

And I should clarify, we don’t write the songs we hire a company called Instant Waves. They’re these two guys, they’re very talented. Though we get a lot of input, we write the lyrics and if there’s ever a guitar solo, I write those.  The problem is, as much as I believe Drakos and I could write a pretty good song, it would take way too long.

Were the singing lessons purely a personal project or was it also to make more songs for LEC and take them up a level?

Because I expected us to make more music. We couldn’t just keep singing and then relying on machines to fix us and also I think that then opened up our options. I think, the higher the quality of the singing the more incentivizing it is for potentially other singers, actual artists, from outside of Riot to do some cool stuff with us.

It’s a personal thing too, it’s fun. I pay for all my own singing lessons, Riot doesn’t ask me to do it or cover it. But I’ve always loved music. I’ve been playing guitar for many years, I know how to play Reckless and Crown. I still want to learn piano as well but singing is just a little bit more tangible right now.

You can play the songs on guitar and the singing lessons are going well. Is there a plan for a live performance?

Hmm, I don’t know. For the record, playing guitar and singing is insanely hard. It is so difficult to do those two things together. On the shoots, you’ll see a lot of shots where I’m either concentrating on singing or playing but doing both at the same time is so hard, I have so much respect for the people that do it.

Looking to upload a full video on how you can play Crown yourself next week but here’s a bit of fun improv soloing over the top.

Its the Dflat natural minor scale for those interested! It works for the whole song. pic.twitter.com/9NsR9KdhNY

If we were to ever do it live, I would just sing. But that’s the thing, we probably would have to get a band in to then play the song, we’re not professional musicians. I think some people want a live performance because they like the songs but we’re not actually trained singers, I’ve had singing lessons but only for a few months. As much as I think I can hit the notes, it’s different being able to hit them all live on a stage where you have to be really lively meaning I’m going to be really flat at some point because I don’t have enough practice or training.

People think it would be cool but I think it would ruin the illusion a little too much. For now, let’s just keep the idea, that me, Drakos, and Ender are all really good musicians and are all really talented singers and that we don’t have a lot of assistance. I just don’t think it would be as good as people think it will be and I also don’t think that many people actually want it – I think some people want it because they think it’ll be cool but the truth is casters are just casters and it probably won’t be as good as you think. 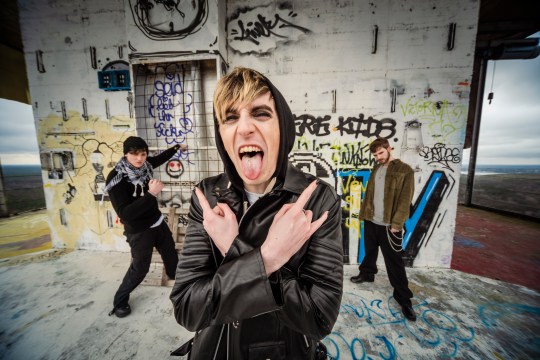 A lot of people have returned to nostalgic songs or looked back at their music taste in high school during lockdown, did that also spur the motivation to make an emo song? And did you ever listen to much music like that yourself?

I listened to metal growing up, Trivium, Bullet for My Valentine, Slipknot, Korn, System of a Down – I had all of these bands on my little mp3 player and I would listen to all of their albums on repeat. Shogun is a really awesome album from Trivium if people haven’t heard it, I really liked Scream Aim Fire from Bullet, System of a Down only had good songs.

And I also listened to a bunch of Linkin Park growing up which was the main inspiration for Crown. Fun story, it wasn’t decided who would sing Reckless with My Heart it was going to be me or Drakos. It was me in the end and it kind of sucked for Drakos because obviously, he helped a lot with the writing so for the next song I really wanted to give him a bigger piece in it. He’s really good at rapping so we thought we’d use Linkin Park as a reference so we could still stay within the genre and he could be more involved.

Linkin Park wasn’t the only inspiration though. For anyone who’s listened to From Ashes to New, they have a song called Panic which we took references from, we also took references from this song Popular Monster by Falling In Reverse. It has a lot of views, it’s a very well known song, and I recommend people to check that out as well. Oh and Breaking Benjamin was a reference too. We’re never that one-dimensional you know?

And how about the music video, what was the filming for that like? 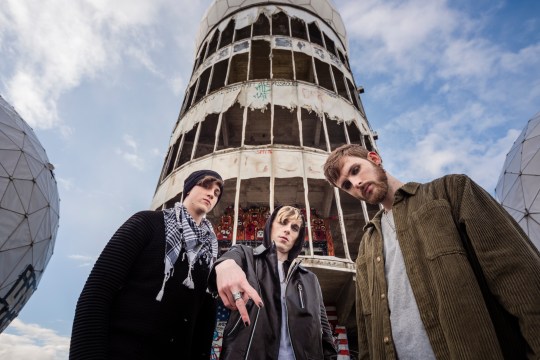 It was one of the worst shoots ever, everything went wrong. Literally everything. The final product you saw was not what it was supposed to look like at all, there were so many other things that were supposed to be involved that all fell apart.

We had every single piece of weather, we arrived and it was foggy, the fog then turned to rain, the rain then turned to snow, the snow then turned to hail, and then the hail became sunshine. All of which it was very windy, so the wind never changed just the weather conditions. If you look closely, the weather is different in almost every shot. We had to reshoot a bunch of things because of different reasons, everything that could have gone wrong did go wrong.

Also, we were supposed to have a lot of graffiti of team logos scattered across the video. So basically, there was supposed to be a lot more shots to cut to. You probably saw in the video, there were references like the graphics kind of came up on screen – those were always supposed to be there but there was also supposed to be more deliberate in-person stuff that you could physically see as well. But the artist that did them, did them horribly wrong so we couldn’t use them.

We learnt a lot from that shoot. Props to our producer Margot, she always has a backup plan and, trust me, she was at like plan D at this point. She did a great job adapting on the fly for sure. The fact that we still got a product as good as that, I was very impressed. We have a very good production team behind us so huge shout-out to them.