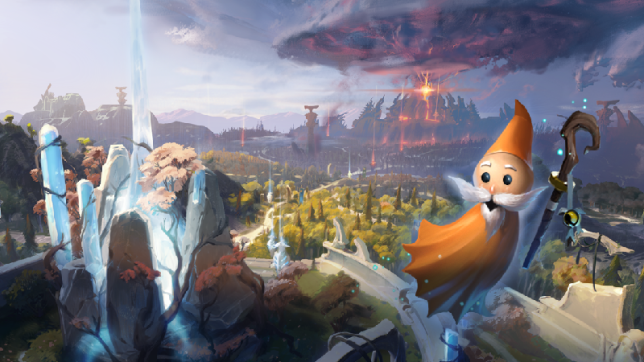 Valve are banning DOTA 2 smurfs as well as those that are caught selling or boosting accounts following the launch of their Netflix anime.

Multiplayer online battle arena (MOBA) games are notorious for providing new players with awful experiences. Games such as Valve’s Dota 2 have an incredibly steep learning curve due to an overwhelming amount of characters, items, and strategies – all of which are constantly updating.

To make matters worse, new MOBA players are typically plagued by unfair matchmaking, as they encounter players who already have much more experience in the game but are playing on new accounts.

Making a new account to dominate weaker players is known as ‘smurfing’ but from today, Valve is taking a much harder stance on the issue by banning any accounts that are found guilty.

Following the release of the Dota: Dragon’s Blood anime series on Netflix, Valve are expecting a wave of new players to join the game. Hence, the publishers are taking steps to further improve Dota’s introductory experience.

Valve had previously put a lot of work into detecting smurf accounts and attempted to fast track these players into games with those at a similar skill level. However, they found that many new players were still having their first games tarnished by unfair match-ups.

Now there will be a focus on banning new accounts, created from today onwards, as well as any older accounts that display clear smurf and game-ruining behaviour. On top of that, Valve are also looking to clamp down on those selling or boosting accounts which could result in the culprits having their primary accounts banned too.

In cases where the developers are suspicious of smurf behaviour but are less confident, they will continue to match these accounts together so that less-experienced players are less likely to encounter smurfs in their games. But if they do, players can report suspected smurfs after a game.

Valve are also aiming to overhaul the in-game learning experience after members of the community took it upon themselves to develop their own player-created tutorial. That community project, spearheaded by content creator Jake ‘SirActionSlacks’ Kanner, will be included with a series of challenges that involve tutorial-style scenarios which players can go through in any order they like.

Additional changes include a new player mode with a limited number of characters, a glossary, in-game tips, and a simplified shop.

What Caused the Bald Eagle Massacre of 1996?

PS5 stock shortages to continue into next year admits Sony