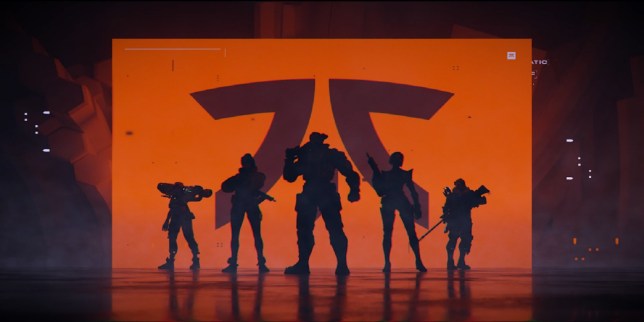 As part of its efforts to reach Stage 2 Masters, Fnatic has replaced two members of its Valorant team.

When it comes to Valorant, Fnatic hasn’t exactly had a good track record as of late. The team was eliminated from Stage 1 Masters at the qualification stage and has already failed once to qualify for Stage 2 Masters.

While it still has an opportunity to take part in the tournament in May, poor performances have prompted Fnatic to make some roster changes to try and improve its chances.

Recently, Fnatic announced that it has replaced Kostas ‘tsack’ Theodoropoulos and Muhammad ‘Moe40’ Hariff with Nikita ‘Derke’ Sirmitev and Martin ‘Magnum’ Penkov, both of whom will make their Fnatic debut this Saturday on April 10 during the second stage of the Open Qualifiers for Challengers 2. If they perform well there, then they have a shot at making it to the Masters.

‘Since entering Valorant with the SUMN FC roster that showed such promise in the first few events, our results have unfortunately not lived up to our expectations,’ reads the announcement.

‘Several poor performances, elimination from Masters 1 at the qualification stage, and missing out on a direct route to Masters 2 meant that the decision was made between the team director, coach and team captain to make significant changes to push for our final chance to reach Masters 2 in Reykjavik.’

Derke is a an 18-year-old Finnish, former Counter-Strike player but he already has Valorant experience from his time at Russian team CrowCrowd, which placed in the top four at Stage 1 Masters in the CIS division.

As for Magnum, he comes from the Czech Republic and Fnatic describes him as one of the top sentinel players in Europe, particularly skilled at playing as Cypher and Killjoy.

Tsack and Moe, meanwhile, have both since departed from Fnatic entirely and are now free agents, looking to be snapped up by another team. However, they have parted on good terms and have wished their old team the best of luck for the future.

Couldn’t be happier to play under the @FNATIC tag it felt like a family to me . I would like to thank @CoJoPM personally he is a great manager and obviously all my old teammates and coach. Will be routing for them this qual maybe not the next oneð https://t.co/u1BtbKbk3H

I have officially parted ways with @FNATIC and am officially a free agent. I wish the boys best of luck with their new roster. Was fun whilst it lasted. Im still looking for something new after this qualifier more motivated than ever as stated before. ð