TWITCH streamer Indiefoxx has been banned from the platform again over strict nudity rules.

She had only been back on the platform for a day following a three day ban for the same issue. 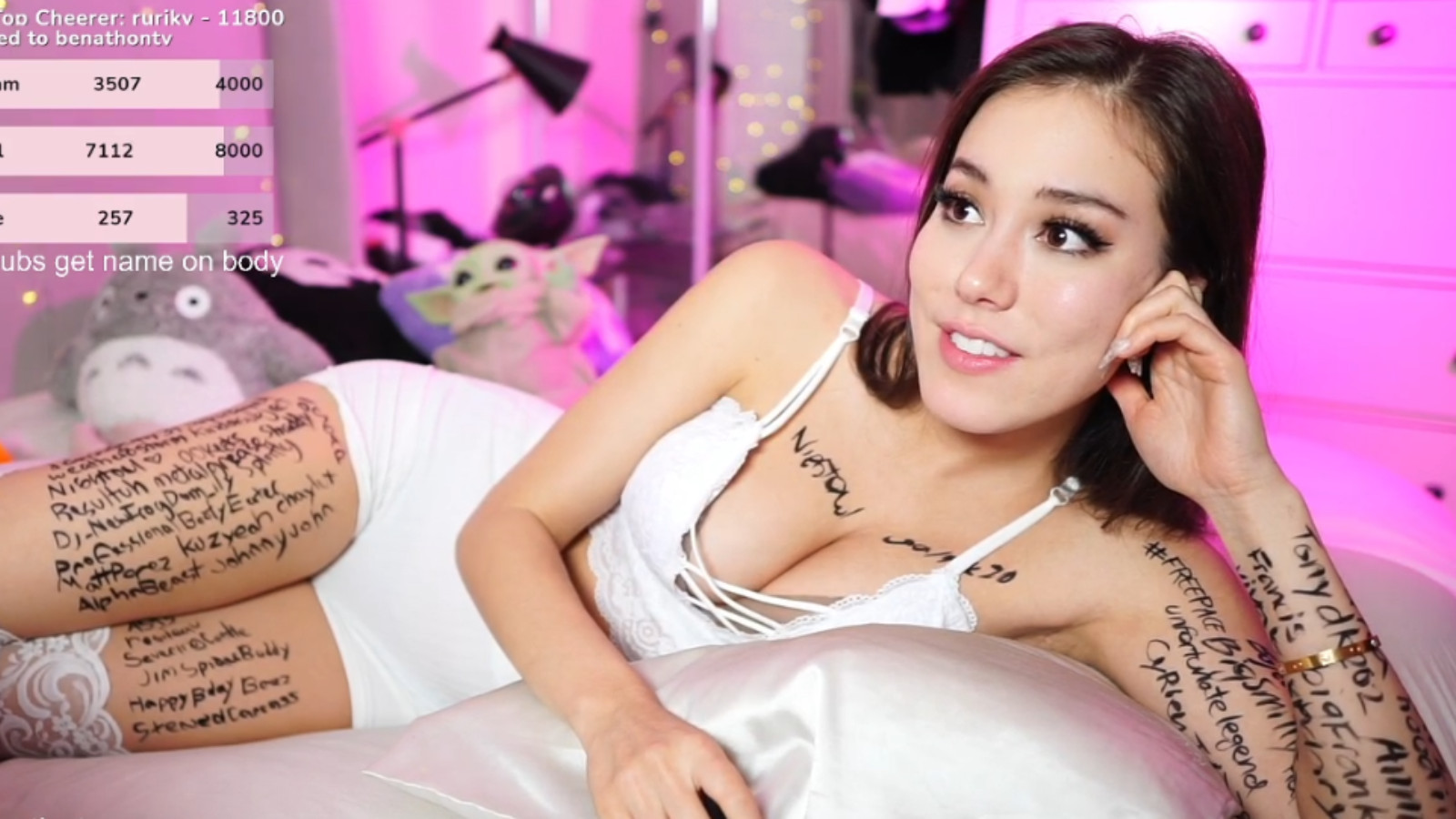 The ban came after Indiefoxx streamed a video of herself lying on a bed in lingerie and writing donors’ names on her thighs and chest.

It’s previously said that streamers can’t make their breasts, bum or genital area the main focus of a live stream.

The platform didn’t give an exact reason as to why but many Indiefoxx fans guessed the lingerie live stream could have been the issue.

Is it just me or is @rLivestreamFail a @reddit for harassing and bullying people. How is this Reddit even allowed. I’ve been harassed & bullied by them for years by thousands of ppl. This is the most disgusting toxic place on the internet for streamers.

Indiefoxx tweeted: “This is ridiculous. I wasn’t writing names on my t***s for top donors?! I never said id write anyone’s name on my breast for donos.

“Ive legit seen so many girls write like 30 names on their actual t***s. And I write 2 names on my clavicle to look like tattoos. People r stretching”.

Some people tweeted Indiefoxx to say she shouldn’t break the rules.

Indiefoxx has been banned for similar issues beforeCredit: .

She then proceeded to promote her OnlyFans account and said she’d be going live on there instead.

Indiefoxx also blasted Reddit for the bullying and harassment she claims to have received as some people call for her Twitch account to be deleted permanently.

She tweeted: “Is it just me or is @rLivestreamFail a @reddit for harassing and bullying people. How is this Reddit even allowed.

“I’ve been harassed & bullied by them for years by thousands of ppl. This is the most disgusting toxic place on the internet for streamers.”

It is unclear when Indiefoxx will be back on Twitch.

In other news, Netflix is trialling a viewing timer feature that can pause an episode for you if you fall asleep.

Facebook will no longer recommend “political or civil” groups to users.

Do you use Twitch? Let us know in the comments…