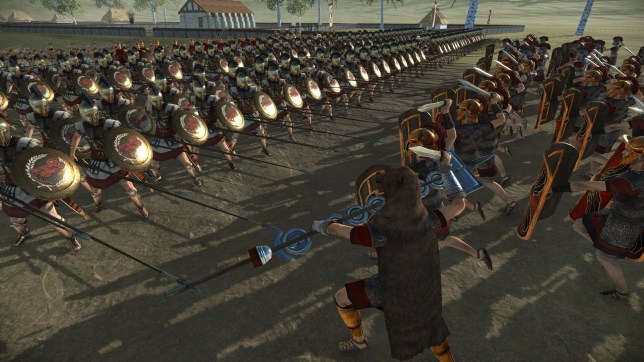 The first ever remaster of a Total War game will be released at the end of April, as Sega announce the delay of Civilization clone Humankind.

Sega, Metacritic’s top-rated publisher of 2020, is set to launch the first ever remaster of a Total War game, to be released on April 29.

The original version came out in 2004 and received a sequel in 2013, which you might have thought would make a remaster largely redundant.

The remastered edition will be developed by Feral Interactive, who have worked on numerous Mac and iOS ports of other entries in the series.

The Remastered trailer is live action but the screenshots so far seem impressive, even though this is only a remaster and not a full remake.

Nevertheless, Sega is promising ‘fully overhauled visuals, ultra-high-definition resolution support, an expanded faction roster, and improved accessibility’, so it seems as if a fair amount of work is going into it.

Specifically, the game will support full 4K visuals and include 16 previously unplayable factions, for a total of 38. There’ll also be new merchant agents you can use to establish trade routes, a new help system, and modern features such as heat maps, wider camera zoom levels, and a revamped diplomacy system.

The remastered version will also support cross-platform multiplayer, across Windows, macOS, and Linux, and includes all DLC and the Rome: Total War Collection on Windows.

The next brand-new Total War game will be the much anticipated Warhammer 3, although not much has been seen of that yet either.

In other Sega strategy news today, they’ve announced that would-be Civilization killer Humankind has been delayed until August 17, missing its April 22 date by a considerable margin.

Although the coronavirus probably didn’t help, the reason developer Amplitude Studios has given for the delay is so they can implement feedback from the recent Lucy OpenDev beta test. Which is fair enough.

Sister Wives’ Meri Brown Posts About ‘Worth’ Amid Marriage Issues