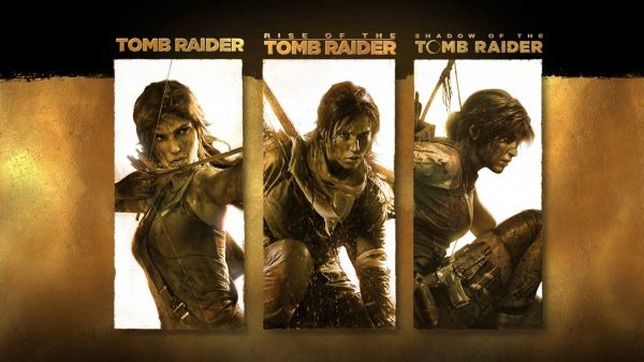 A collection of all three Tomb Raider reboot games has appeared on the Microsoft Store, although there’s no sign of any next gen upgrades.

2021 is a year of major anniversaries for a large number of prominent video game franchises and Tomb Raider is amongst them, with the series’ 25th anniversary in October.

Square Enix has already confirmed that this year will be full of announcements and new game releases, with the first hint at the next mainline sequel, a mobile game, and an animated Netflix series.

Some ‘special extras’ were also promised, which is where Tomb Raider: Definitive Survivor Trilogy seems to come in, with every game and slice of DLC since the reboot trilogy began in 2013.

‘With all the definitive edition content from each game, this Trilogy promises dozens of hours of breathtaking exploration, challenging puzzle-solving, and survival combat with Lara as she becomes the Tomb Raider she was destined to become.’

The shop had the release date down as March 18, a week on Thursday, which is surprising as there seems no obvious reason why Square Enix would keep such a thing secret until so close to launch.

Perhaps someone at the Microsoft Store got the date wrong but there seems no chance that the collection itself isn’t real, given the descriptions and artwork.

What is a shame though is that there’s no indication of any kind of next gen upgrade for any of the games. Although HDR and 4K support is listed, so there’s that at least.

Naturally, there’s no mention of whether the collection will be released on PlayStation, but there seems no reason to assume it won’t be.

Do children have to wear uniform when schools reopen? – The Sun

5 Signs that you need a Roof Upgrade