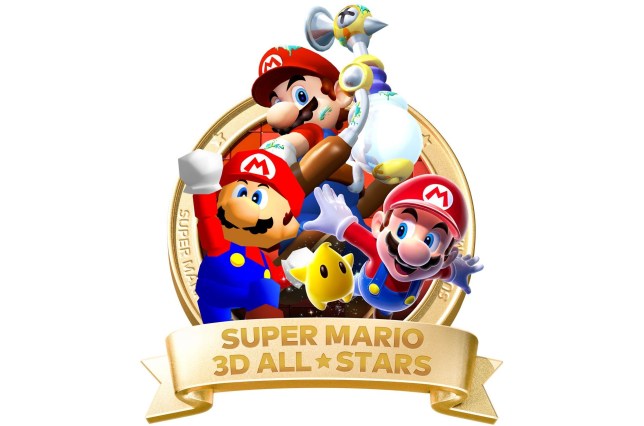 The 35th anniversary celebrations for Super Mario Bros. officially end today and so does your last chance to buy Super Mario 3D All-Stars.

The original Super Mario Bros. on the NES had its 35th birthday last September and while that might not seem an especially significant anniversary (it’s Mario and Donkey Kong’s 40th in July, which seems much more important) Nintendo went all out on celebrating it, with tie-in merchandise, free games like Super Mario Bros. 35, and compilation Super Mario 3D All-Stars.

That means after today the compilation will no longer be available digitally from the eShop and what stock retailers have of the physical version will not be replenished. So if you want the game you really need to buy it now.

Apart from shops having stock left over there is one loophole that does allow you to buy the game after today, and that’s if you can get hold of a retail card, whose download code will still work after the deadline.

They’re likely to become just as sought after as physical copies of the games though, unless you can find a supermarket somewhere that still has some to sell.

Once you own the game you will still be able to download and reinstall it as many times as you like – the game no longer being on sale doesn’t affect that.

Although Super Mario Galaxy is one of the best games ever made, and Super Mario 64 one of the most historically important, Super Mario 3D All-Stars is a frustratingly low effort compilation with the bare minimum of changes to get the games working on the Switch.

And yet it’s the only way to play the games on a modern format, with Nintendo so far showing no interest in releasing retro games other than NES and SNES titles on the Switch.

When first announced Nintendo said that the ‘sunsetting’ of Super Mario 3D All-Stars would not be widely used and was ‘very unique for the actual anniversary’.
Except Fire Emblem: Shadow Dragon & The Blade Of Light is also going to be impossible to buy after today.

The first entry in the Fire Emblem series had its 30th anniversary last year and this was the first time the original game had a direct English translation.

If you don’t pick it up today though you won’t ever be able to, which really does seem unnecessarily restrictive and only likely to irritate fans who miss out.

Loose Women’s Nadia Sawalha, 56, strips to a black lace bra with room for her boobs to ‘giggle’ in funny clip