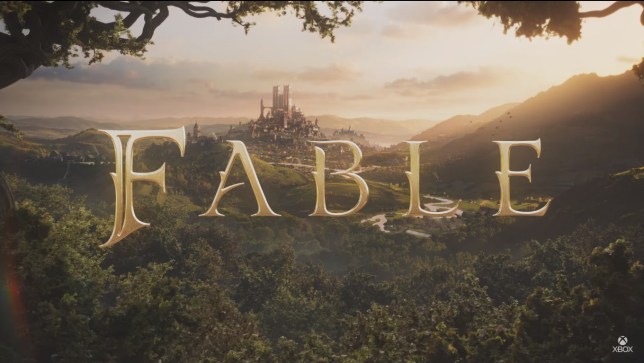 Fable is on its way back (pic: Microsoft)

A reader takes a look at Microsoft’s growing stable of first party developers and what new games they’ll be bringing to Xbox Series X.

It’s 2013 and the Xbox division isn’t in the best place, the end of the Xbox 360 generation had funnelled all their energies into creating gimmicky Kinect games and the direction of their newly released console was muddled under the stewardship of Don Mattrick. Despite this, Xbox still managed a fairly appealing set of games for the launch of the Xbox One.

Ryse: Son Of Rome was a pretty but shallow combat-focused game that displayed the graphical prowess of the new generation, Dead Rising 3 provided fun zombie killing action with a silly and light-hearted story and, Forza Motorsport 5 was a perfectly serviceable entry in the series. But it was the promise of things to come that truly excited: Insomniac Games’ Sunset Overdrive, Lionhead’s Fable Legends, and Remedy’s Quantum Break. Sadly, this excitement didn’t last with cancellations, shuttered studios, a gutted first party, and some major disappointments.

Xbox Game Studios (formerly Microsoft Game Studios) were in a bad shape. Bungie, the crown jewel in Microsoft’s proverbial cap, had gone independent before the generation had even kicked off, with 343 Industries’ Halo 4 receiving a mixed response from fans. Lionhead was a complete mess after Fable: The Journey’s critical panning and Fable Legends failing to garner any hype. Sadly, lesser known studio Press Play never really got off the ground, with their only major console game, Max The Curse Of Brotherhood, releasing on rival platforms with very little fanfare and they were later shuttered along with Lionhead. And poor Rare were stuck giving CPR to the second generation Kinect. By 2016 Xbox Game Studios only consisted of 343, The Coalition, Turn 10, Rare, and Mojang.

Everything changed from 2018 onwards, with Microsoft’s studios swelling to 15 and with the upcoming ZeniMax acquisition Xbox Game Studios will stand at a robust 23 studios. It’s a massive turnaround, luckily coinciding with the release of the new generation of consoles. These studios have a plethora of talent who now have the opportunity to really show what they are made of. Here are a few of my picks for Xbox Game Studios to watch out for in the new generation. I’m excluding Bethesda here as they haven’t been acquired just yet.

The Coalition is an extremely talented team of developers. Their work on the Gears Of War franchise has been very good, scoring solid scores across the board. But it’s their graphical work that really makes them stand out, they have made two of the best-looking games on the Xbox One, both of which had rock solid performance as well as being made in a timely manner.

It looks like The Coalition might be roped into making Gears Of War for an eternity, however their trilogy looks likely to be complete with the upcoming sixth instalment. There has been a bit of acknowledgment that the series isn’t quite the draw it once was, so it will be interesting to see if this studio will be allowed to spread their wings and create something completely new.

They are a studio that can make a solid campaign and addictive multiplayer; if they get the chance to explore a new IP their future games could be worth getting excited for, and even if they continue making Gears Of War the franchise is still in good hands.

Might as well get this out the way, Playground Games haven’t made a bad game yet. Their incredible Forza Horizon games have been the critical darlings of the Xbox One era. The studio really understands how to create compelling and stunning looking open worlds, not to mention their race routes are often devilish, challenging, and above all fun.

Since being acquired by Microsoft the studio has expanded, creating a second team that will be responsible for the reboot of the beloved Fable franchise. The trailer shows that Playground know what Fable is all about, an intriguing fantastical land with a knowing comedic wink to its audience and British to its core.

This is a studio you should look out for because above all else they know how to make excellent video games and it’s exciting to think of what the talent at this studio could do outside of the racing genre. It’s not only Fable that gets the juices flowing, Forza Horizon always delivers the goods and the fifth instalment is sure to be another genre defining masterpiece.

Compulsion Games were part of Xbox’s 2018 acquiring spree, it’s a studio that often flies under the radar and that’s completely fair. Unlike say Obsidian Entertainment or Playground Games, Compulsion’s game releases have been middling affairs. Their first game, Contrast, was a puzzle platforming game with a stunning noir style, with a visuals that harkened back to early Tim Burton films. The game looked great but also felt a bit empty and lifeless, coupled with some obtuse puzzling and wonky controls it sadly didn’t quite come together.

Their follow-up game garnered much more attention, especially with it releasing shortly after the announcement of the studio getting acquired. We Happy Few was a game with so much potential but sadly couldn’t quite live up to its ambition. A stunning art deco aesthetic coupled with a brilliantly written and heart-wrenching story about loss, the game had plenty of ingredients to be fantastic, but it was let down by clunky stealth gameplay, overly simplistic combat, and a survival system that felt massively out of place. In general, the game was a just slog to get through, which was such a shame as it had a so much going for it.

Compulsion Games has an ocean of talent and it’s very clear they were lacking in technical finesse and lumped with the budgetary restraints that many smaller studios encounter. The reason to get excited about them is these drawbacks should be alleviated by being part of Xbox, the studio will get the budget and support to reach the heights they’ve strived for in the past.

Ninja Theory were a massive get for Microsoft, similar to Playground Games they are yet to make a bad game. Their reboot of Devil May Cry may have upset long-time fans but the game was a solid entry, featuring a robust combat system and a well-told story.

But it’s their 2017 game Hellblade: Senua’s Sacrifice that really caught the world’s attention. Hellblade set out to tell a complex tale about grief, through the eyes of a protagonist with realistic mental health problems, including voice hearing and schizophrenia intertwined with a beautifully realised game world that gave levity to the character and plot.

The game was created with between 10 to 25 developers that set out to create a piece of work that could be held up to the same standards as other AAA games but on a much tighter budget. Ninja Theory by and large accomplished this, Hellblade was an absolute masterpiece. Though not a rollicking blockbuster, Hellblade’s emotional and personal tale was told at a much slower pace than most mainstream games, leaving some gamers wanting more, but for those that embraced the game found an experience unlike any other.

Ninja Theory managed this with limited means, so imagine what this studio can do with a game that has no constraints. The in-engine trailer for Hellblade 2 show a studio that are doing everything they can to push the boundaries of what they can produce. If the graphics present in this trailer resembles what we get in game it’s going to look mind-blowing – a true next-gen game. And that’s not all they’ve got cooking with Project Mara announced in January and another more mysterious project also in the works. There’s plenty to get excited about!

Obsidian Entertainment are veterans of the video game industry at this point, with their prior work on the likes of Fallout: New Vegas, Star Wars: Knights Of The Old Republic 2, South Park: The Stick Of Truth, and the recent The Outer Worlds they’ve proved time and time again they are one of the best in the industry at Western role-playing games. But even when Obsidian try something different, like the survival game Grounded, they succeed because they know how to create crazy worlds that are a joy to explore.

Obsidian’s biggest hurdle, like others on this list, has been a combination of limited budgets and time constraints. Fallout: New Vegas is often touted as the best game in the series, but their limited time to develop the game led to bugs that detracted from the game’s excellence.

Avowed is the studio’s next game; we’re all hoping that Obsidian get the time and budget they need to create a game that can go toe to toe with some of the biggest and best Western role-playing games., they certainly have the pedigree. Obsidian seemed to fly under the radar during the Xbox One era, but what Avowed shows is a studio that has been fully reignited by the safety of being part of Xbox Game Studios.