The Witcher 3 – the remake will most likely require all the dialogue to be re-recorded (pic: CD Projekt)

Doug Cockle, the voice of Geralt, doesn’t know anything more about The Witcher remake than fans do, but he definitely wants to be in it.

There are already too many questions that need answering concerning CD Projekt’s remake of The Witcher. And that doesn’t even include the primary one of ‘Why?’.

Announced only last month, all CD Projekt confirmed was that it’s being built with Unreal Engine 5 and that it’s in development at third party studio Fool’s Theory.

It’s not just fans that are eager for answers, as even Doug Cockle, the voice actor for series protagonist Geralt, doesn’t know if he’ll be asked to come back to record new dialogue for the remake.

While Cockle has multiple video game credits, his performance as Geralt is easily his most well-known, having voiced him in every appearance the character has made (including his cameos in Soulcalibur 6 and Monster Hunter: World) since the original game in 2007.

For a full-fledged remake, CD Projekt will likely want to re-record all the dialogue for a modern release. Cockle is, unsurprisingly, more than happy to reprise his role again, but he hasn’t so much as received a phone call from the company.

The possibility of CD Projekt reusing the voice acting from the first game isn’t entirely out of the question, but it does feel very unlikely if it’s going to be akin to something like the upcoming Dead Space or Resident Evil 4 remakes.

For starters, some of the voice actors from the first game were replaced for the sequels, so using the old dialogue would be jarring for fans who jumped into the series with the later games.

Plus, as Cockle points out, The Witcher was CD Projekt’s first game. Cockle recorded his lines in 2005 and, since then, not only has his performance changed but the company has grown more experienced, hiring professional voice directors.

‘I didn’t have a director per se on Witcher 1,’ he explained. ‘I was directed by the developers. I can’t remember exactly who was there, but there were at least four guys from CD Projekt Red, who were there and they were serving as the directors.

‘And they were great, for being people who I don’t think had ever directed a voice actor before, and we got through it and we did this whole thing and it turned out to be a great game.’ 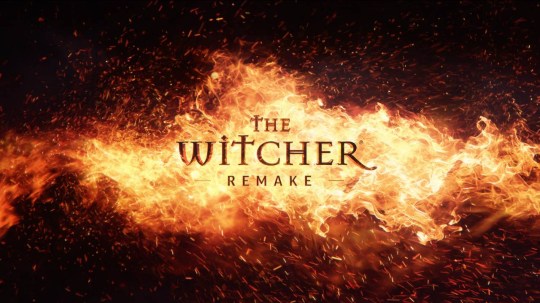 The Witcher Remake – this logo is all fans have for now (pic: CD Projekt)

Cockle imagines that CD Projket will want to tweak the original script as well since the game is being rebuilt with modern technology, which means the team can do things they weren’t able to the first time.

Considering the remake is clearly very early in development, it’s more than likely that CD Projekt hasn’t got round to recording dialogue for it yet. Unless it’s deciding to pull a Netflix and recast Geralt.

Although in that instance, Geralt’s actor for the Netflix show, Henry Cavill, willingly left the role. Plus, replacing Cockle in the games after so many years would certainly prove unpopular with the fans, especially when he’s available.

Speaking of the Netflix show, Cockle was dismayed to hear of Cavill’s departure since he thought he did a fantastic job playing Geralt.

‘There’s a lot of people speculating on the reasons why he’s decided to leave, but whatever the reason is, I think it is sad, because Henry, he did a fabulous job as Geralt of Rivia,’ he told Eurogamer.

‘He felt the same way I do about him not being an emotionless being, and I think we can see that in his performance. I wish Liam Hemsworth the very best of fortunes with it. I am excited to see what he does with it but I’m sad to see Henry go, because Henry, I just felt he did a fabulous job.’ 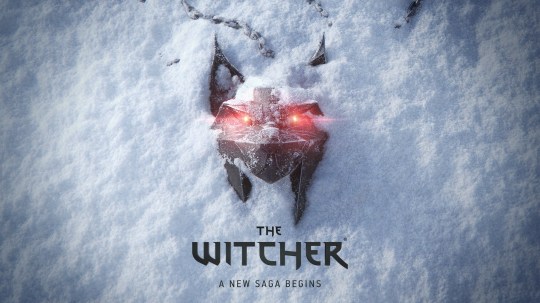 As for the next mainline game, no one knows if Geralt will even be in it (pic: CD Projekt)

Jennifer Aniston’s Father’s Death Is ‘Heartbreaking’ for Her