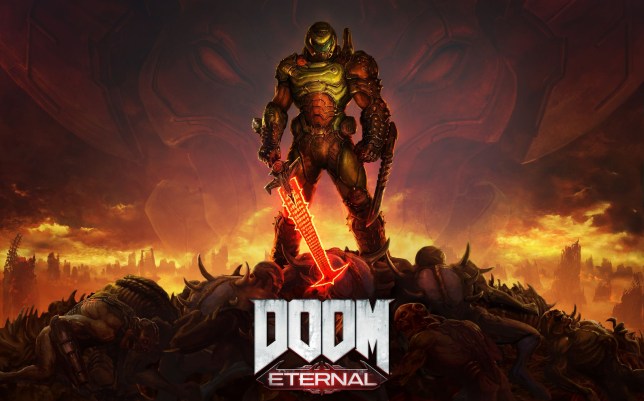 A reader offers up a more detailed look at his favourite games of last year, including everything from Fall Guys to Cyberpunk 2077.

Since the weekend Inbox was the best games of the year, I thought I’d write a feature looking at my personal top 10.

Before I start there are a few glaring omissions. I haven’t yet played Ghost Of Tsushima and have never played any FromSoftware games, so Demon’s Souls isn’t a game I’m interested in. Also, whilst I have played Animal Crossing: New Horizons it wasn’t the game for me.

So here we go, starting at number 10.

This is good little game to dip in and out of. Sometimes I think games can be too complicated, especially in regards to controls. It can get confusing if you have a few games on the go at once. This is why I think Fall Guys succeeds. Anyone can play. Up, down, left, right, and jump are about the only controls needed. It doesn’t hurt that it was a free PS Plus game too.

I’ve always enjoyed FIFA but in recent years my interest has started to wane. I wouldn’t have probably got this year’s edition if I hadn’t have got a PlayStation 5. However, I wanted to see what the next gen version would be like. Turns out pretty much the same other than a different camera angle.

Despite this I still like FIFA, as unlike other games you don’t need to dedicate time to it. For instance, if I only had 20 minutes spare some games aren’t worth the hassle of loading them, whereas that can be one or two games in FIFA. Also, I’m actually decent at it. Whereas I tend to play on easier difficulty settings for most games, I recently finished a season as Leeds United on the World Class setting, winning the Premier League. I just hope future games change things up a bit.

I almost forgot about this game when writing this list. I sold it alongside my PlayStation 4 in late September, so didn’t spend a great deal of time with it, but still managed to complete a fair chunk of it. As someone old enough to remember the original it plays just as well as I recall, albeit with much better graphics. Again, a bit like FIFA, it’s great if you don’t have a huge amount of free time, with each run only lasting two minutes at a time.

I’m only a few hours in but so far I’m liking the game. Essentially, it’s quite simple, shoot some demons in the face and repeat. However, it can be quite tricky and you need to chain ‘glory kills’, achieved by waiting until the enemy starts flashing and then using a melee kill, triggering a gory and gruesome finishing move, to refill your health and ammo. My only concern is whether there’s enough depth to the game to keep me interested for the entire campaign.

I don’t play many racing games but did enjoy this one. It’s more arcade than sim which suits me. I think also it was just challenging enough without being too hard, though those who play racing games more frequently may find it too easy.

I very much found that at first there seemed to be a lot of variety in terms of different tracks and races. However, towards the end it seemed more repetitive. One thing you can’t fault the game for though is the dynamic weather system. It looked incredible, the changing weather and how the time of day affected the light really did have an effect on driving conditions.

I’ve never been a massive fan of The Witcher 3 but managed to get carried away by the pre-release hype for Cyberpunk and pre-ordered it. I’ve been playing on the PlayStation 5 so not encountered any massive issues, in terms of bugs.

For me, some of the issues with the game aren’t ones that can be patched. The artificial intelligence can be poor at times, the police will spawn to your location as if by magic and then give up pursuit just as quick, characters might run you over then not react. GTA 5 had more realistic non-player characters and artificial intelligence and that’s nearly eight years old. The city also feels empty at times with a lack of traffic, which again is something that GTA also did better.

Despite these issues I still really rate the game. The open world is a joy to behold and looks at times stunning. So many open world games seem either set in fantasy lands (Zelda: Breath Of The Wild, The Witcher 3, Skyrim, etc.) or a world that closely resembles or are based on real world cities (GTA and Watch Dogs). Cyberpunk feels different to other games because of its unique setting in this regard.

I also can’t think of any other game that lets the user explore not just ground level but vertically by entering high rise buildings. The game has a number of compelling characters. I haven’t played the game for a while but want to try and hold off to finish it when the PlayStation 5 upgrade is released. It’s also encouraged me to give The Witcher 3 another try.

I’d never played any three of these games before, so buying the game was a no-brainer. However, I just didn’t enjoy Super Mario Sunshine at all. Super Mario 64 I found disappointing, because I could see the promise but couldn’t get past the shoddy camera or the frustration at the controls (I fell to my death a number of times, since the slightest nudge of the joystick seems to move Mario about 10 feet in that direction).

So why then is this game on my list? Simply put, Super Mario Galaxy. This game is amazing, I understand now why people adore it so much. Every level is genuinely different from the last. Round every corner there seems to be a new gameplay mechanism or quirk. Probably the best platform game I’ve ever played, only Super Mario Odyssey and maybe Astro Bot come close. Only my disappointment in the other two games in the collection stops this placing higher. I really hope they release its sequel for the Switch soon.

I think Astro Bot: Rescue Mission is by far the best game PlayStation VR has to offer by some margin. I wasn’t sure though if perhaps without VR, Astro Bot just wouldn’t be the same. Thankfully then Astro Bot is just as good without the need for a VR headset. It showcases the PlayStation 5 and the new DualSense controller perfectly, with lots of interesting ideas, gameplay mechanics, and call backs to previous PlayStation classic games and consoles.

It’s short sure, I attained both platinum Trophies in just under 10 hours and the main quest takes less than half that time but that doesn’t matter. I honestly think it’s a game I’ll come back to again and again. Since the game is included with every PlayStation 5, it’s either free making it very good value for money, or £450, making it a very, very pricey game! I hope it’s not long before we see Astro Bot again, I’m fully on board with Sony’s latest mascot.

I’m a huge fan of the first game, which was the source of my first and only (up until Astro’s Playroom) platinum Trophy. The game is essentially much of the same, which isn’t necessarily a bad thing. However, Miles has some different powers to Peter Parker, which keep things from feeling stale. I also think the narrative in the game is slightly more compelling than in the first game.
Overall though there are only a few elements that differ from the previous games, these small differences add up to a better game. I also didn’t mind that the game was significantly shorter, I think it improved the pacing of both the story and the gameplay.

When it was announced that Naughty Dog would be making a sequel to The Last Of Us I can’t say I was fully on board. The ending to the first game seemed so perfect, I didn’t know if a sequel might ruin it. Some of the leaks had me even more concerned.

I was so wrong. In terms of narratives no other game has come close to it, in my opinion. In most games I sometimes feel when I’m watching a cut scene that I’m eager for it to end to jump back into the action. With The Last Of Us Part 2 I wanted to get through the gameplay to watch the next cut scene. The motion capture and voice-acting is on another level. The narrative is compelling and I was desperate to find out what would happen next.

That’s not to dismiss the gameplay. Like the first game the gameplay is much the same. This time, however, you have access to a bow and arrow from the beginning, which aids stealth. Also, Ellie is more agile than Joel and this means she is able to make use of vertical space and also can go prone to hide. The Last Of Us Part 2 isn’t a complex game, it isn’t particularly innovative, but I think it does the simple things well. It’s one of the most polished games I’ve ever played. Everything down to the most trivial detail looks amazing.

Towards the beginning of the game there’s a section set in Seattle which is more open and less linear with optional objectives. It would be interesting to see Naughty Dog take this approach for a full game in the future. The Last Of Us Part 2, like many Naughty Dog games, is very structured and linear. It’s also too long and can drag towards the end. It’s not perfect. I went back and forth between this and Spider-Man as my game of the year. Spider-Man is at times more fun, not to say that The Last Of Us Part 2 doesn’t have its moments.

Ultimately though I don’t think a game has ever had such a lasting effect. It’s a good few months since I finished playing and I still thinks about it. I think it’s a game that will be remembered for years to come. A brave, bold, and unexpected sequel.