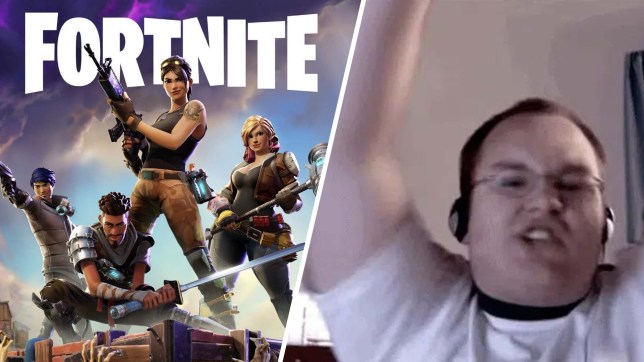 You’ll soon be able to flex on enemies with the Numa Numa emote in Fortnite, in a nod to early noughties meme culture.

Fortnite has cameos from every popular franchise you could possibly imagine, ranging from Star Wars to Marvel, and even popular rappers like Travis Scott.

The game is also known for picking up on trends and popular songs and turning them into emotes, giving you the chance to perform a dance number when you kill enemies.

This time, a leak suggests that a Moldovan song from the early noughties might make an appearance in the battle royale – yes, that Moldovan song.

The song is no other than Numa Numa, which had a comeback earlier this year when it went viral on TikTok.

Again and again, Fortnite has prove its appreciation for meme culture, like when it turned Louis Theroux’s Jiggle Jiggle rap song into an emote, so it’s no surprise that Numa Numa will follow suit.

The leaked emote for Numa Numa was first spotted by well-known leaker iFireMonkey, who was previously right about the Jiggle Jiggle emote, amongst other things.

While going through the files that accompanied Fortnite’s v22.30 update, iFireMonkey was able to spot an encrypted file that had a shop asset, meaning it could soon be added to the game’s item shop.

Through a post on Twitter, iFireMonkey revealed that the emote is codenamed ‘Iconic’ and that it appears to be an icon emote, which usually comes with music.

In the v22.40 update, an emote that has yet to release and appears to be encrypted had a shop asset added.

This emote is codenamed “Iconic” pic.twitter.com/1SiwWC0tCl

Reddit quickly caught up with the leak and everyone seemed to be excited about Numa Numa potentially being added to the game as an icon emote.

One user said that it’d be an ‘instant buy’ for them if it gets added to the shop, and another simply wrote ‘please.’

Many players on Twitter have pointed out that the emote could be a reference to Twitch streamer Cr1tical, who’s often seen celebrating his Fortnite wins by throwing his hands in the air.

However, this Reddit user thinks that it’s ‘totally’ the Numa Numa meme and that the reason some players don’t recognise it, is because the song is older than them.

Another Reddit user suggested that it wouldn’t hurt Fortnite if it added more references for ‘older folk’ who still play the game.

Whether Fortnite adds the Numa Numa dance or not, here’s the iconic 2006 video to give you a taste of what’s coming, if you weren’t born at the time.