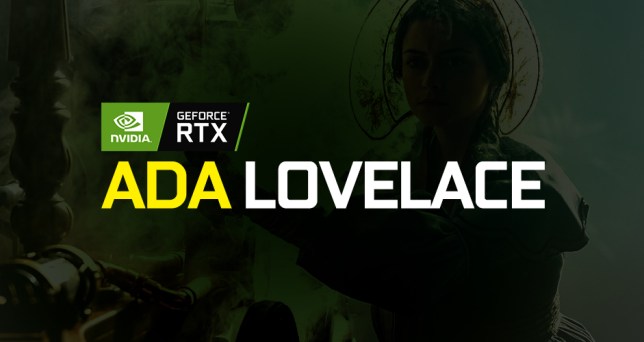 Just how high-tech is Nintendo expecting to get? (pic: Nvidia)

The much rumoured Switch Pro may be even more powerful than originally thought, with the new console using a state-of-the-art Nivdia GPU.

Nintendo news and rumours can often be baffling but everything in the last few weeks has been especially unusual, for the fact that it all seems far too good to be true.

Not only do multiple, reliable sources suggest that Nintendo is poised to announce a number of high-profile new games, for release in the next 12 months, but there are new rumours of a more powerful Switch console almost by the day.

On Wednesday, Bloomberg sources suggested that the new console, nicknamed Switch Pro by fans, would use an unspecified new Nvidia chip to enable DLSS – a new technology that uses artificial intelligence to automatically upscale games to 4K.

Now a different source is claiming that the technology in question is the Ada Lovelace GPU architecture, a state-of-the-art chipset that is well above the sort of low-tech solution Nintendo usually goes for.

Leaker kopite7kimi didn’t offer any details beyond the single word ‘ada’, in reference to the Bloomberg story, but the Ada Lovelace architecture is the successor to Nvidia’s current Ampere line.

The Ada Lovelace architecture (named after the pioneering mathematician and essentially the first ever computer programmer) still hasn’t been officially detailed by Nvidia but kopite7kimi has tweeted about it before, claiming the top-end GPU can push 64 teraflops of data. By comparison the Switch manages just 1 and the PlayStation 5 just over 10.

There’s no chance the Switch Pro would be using that specific GPU, unless you want to walk around with an air conditioner fan on your back, but since the architecture specialises in DLSS and ray-tracing any variant chip used by the Switch Pro would presumably be capable of both.

Ray-tracing was not mentioned in the Bloomberg report but DLSS, a faster CPU, and more memory was. Which means it’s looking increasingly likely that Nintendo is aiming for a far more powerful console update than many would’ve imagined.

The downside to that, of course, is that it will be significantly more expensive than the current Switch, with analysts predicting anything up to $100 more, which would likely to translate to around £100 in the UK.