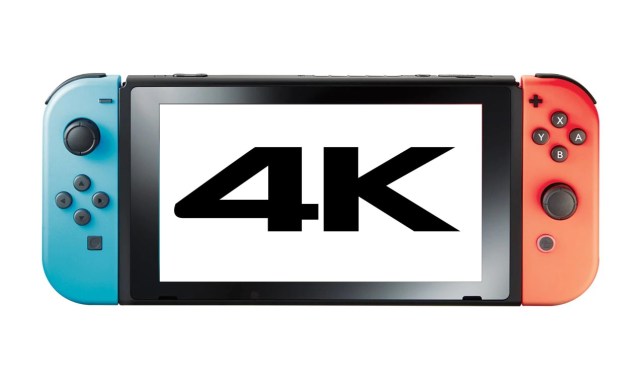 Yet another report suggests the upgraded Switch Pro console is going to be out this year and will be more powerful than the current models.

The idea of a more powerful model of the Switch, nicknamed the Switch Pro by fans, has been around for years but the last few months have seen very specific rumours about its abilities and even whether there’ll be exclusive games for it.

Everyone seems to agree that it will be out this year and yet Nintendo has never admitted the new model is even a possibility, but a new leak is the most detailed yet.

According to a Bloomberg report the new console will support Nvidia’s Deep Learning Super Sampling (DLSS) tech, which delivers 4K resolution without requiring the horsepower to display it natively.

Taking advantage of the feature will require extra code, with the report suggesting that it will primarily be used for upcoming games – although there seems no reason why patches couldn’t be used for existing titles.

Bloomberg also repeats previous rumours that the new console will have a new 7-inch Samsung OLED screen, a ‘better’ CPU, and increased memory.

The console’s release date is described as the ‘year-end shopping season’, along with a ‘bounty of new games’ – another reference to the idea that Nintendo has a number of major titles to announce and release in the next 12 months.

If this is all true, and it’s beginning to look like it is, then Nintendo is doing a good job of keeping it very quiet. They don’t currently have any major games scheduled for this year – just Mario Golf and a remaster of Zelda: Skyward Sword – so while they’ve plenty of room in their schedules there’s no hint as to when they might make an official announcement.

Boy, 9, mauled by shark in waist-deep water minutes into his family’s holiday