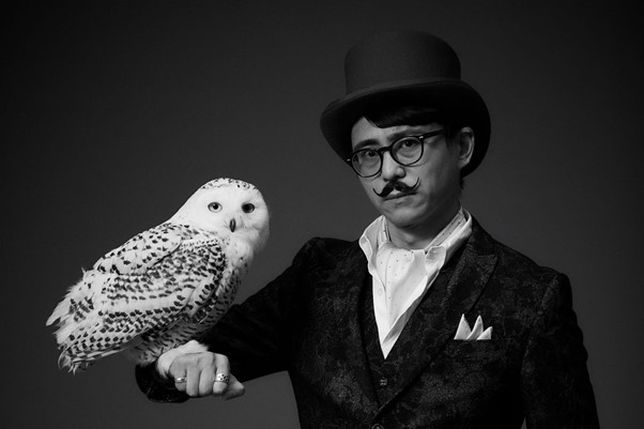 There’s no one quite like SWERY (pic: White Owls)

Video games have never been more cinematic. As hardware technology evolves and the imaginations of developers broadens further, the scope of visual and mechanical storytelling grows exponentially. With that, however, comes an increased pressure for developers to create perfection, especially in the AAA space. For every success story, such as the beautiful (if uninventive) Ghost Of Tsushima and The Last Of Us Part 2, there are studios that fall foul to the toxic mix of self-induced hype and player expectations. You only have to look at Cyberpunk 2077 to see how badly things can go if your game is simply not up to snuff.

However, there is a space outside of the high-fidelity AAA cinematic experience where some of the most inventive and creative developers are working. Experiences that offer players something wholly unique to video games as a medium of art. One of these experiences, defined by the visionary Hidetaka ‘SWERY’ Suehiro, has found its footing in this void better than most. Leading up to the release of The Good Life, scheduled for summer 2021, I spoke with SWERY about critical feedback, swapping the suburban USA setting of Deadly Premonition for rural England and what the future holds for his unique approach to storytelling.

Back in 2010, SWERY shot into the public consciousness with the release of supernatural survival horror game Deadly Premonition. The game drew attention, and even a Guinness World Record, as being incredibly polarising amongst critics. Scores ranged from a shocking 2/10 from IGN through to a perfect score from Destructoid, and a well-deserved 8/10 from us. The one sticking point for most critics was its technical limitations.

In a year which had also seen larger titles with their fair share of jank, such as the universally adored Fallout: New Vegas, many still couldn’t get past Deadly Premonition’s stiff gameplay and bizarre story. The industry’s somewhat linear approach to critical appraisal is a bone of contention for SWERY, as he explained to us.

‘Games are entertainment products, but also works of art and pieces of culture. Therefore, I believe that all possibilities should be considered when evaluating a game’s value’, he said.

‘It’s a problem if a critic is only using a single method of measurement to determine a game’s value. The idea of a single, standardised method of determining value is simply something that was created to make a reviewer’s jobs easier and should not be treated as an all-powerful tool that can be applied to every game in existence’, he adds.

‘Beautiful graphics and famous voice actors/actresses will always draw in more players. That’s the truth. But that doesn’t mean that game is necessarily ‘better’ than other games.’

The years and innovations that have followed the release of Deadly Premonition, however, have drastically shifted the ways both critics and consumers approach video games.

‘[The video games industry] has experienced a countless number of changes between 2010 and 2020. The rise of mobiles, the fall and revival of the Japanese-made game market, and the transformation of indie games into games that are easily accessible to anyone. Cloud gaming is also becoming more widespread now, too,’ says SWERY.

‘I feel like users are more inclined these days to seek out games that pertain to their interests and tastes, while on the other hand, it seems like only AAA games get attention anymore. We’re also seeing more who just ‘like games’, and only watch other people playing them on YouTube, but games continue to sell. There really have been a lot of different changes.’

Deadly Premonition was not a AAA game (pic: Access Games)

It’s the mix of AAA juggernaut marketing strategies and the rise of Twitch and YouTube streaming that created a space where Deadly Premonition could thrive. With critical attention constantly drawn to the big developers and publishers, the public eye and all the pressures that come with it gets directed towards them.

This has saturated the market to a point where most games over the last decade follow a set, comfortable formula. Deadly Premonition is the antithesis of this formula, a game that players actively started to seek out. Over the last 10 years, the game has garnered a cult following that grew to the point where a game once described by IGN as ‘awful in nearly every way’ got a 2020 sequel. Something SWERY did not expect.

‘I never think about sequels when I’m working on any of my games. I always assume that it will be the last one, that’s it 100% complete, and that there’s nothing more for me to depict. So when I started working on DP2, I entered into a painful battle with my old self, who kept screaming to me: ‘Hey! Stop!’’

Stop he did not. Although 2020’s Deadly Premonition 2: A Blessing In Disguise once again received mixed reviews, mostly for its technical limitations, there was no mistaking the SWERY style of storytelling, with its intoxicating mix of David Lynch narrative design and Japanese horror pastiches. A style that will feature once again within his new project, The Good Life.

The Good Life follows the adventures of New York reporter Naomi Hayward as she is tasked with uncovering the mysteries of Rainy Wood, a rural English village considered the happiest on Earth. Through spending time in Rainy Wood and its strange and wonderful inhabitants, she soon discovers that this sleepy village hides a dark and mysterious mystery, and even more mysterious polymorphing magic. The Good Life, on the surface, is a delightful cross between The X-Files and Hot Fuzz. Rest assured, even though the art style – a much more cartoonish and bright aesthetic – and setting are completely new, The Good Life is very much a SWERY game.

‘I think it has everything someone would expect from a SWERY game. It’ll feel familiar, but also like a brand-new experience, of course. The new gameplay and beautiful landscapes will be enough to keep people from wanting to leave Rainy Woods, but the main character, Naomi, is also very charming, so I’m sure that people will fall in love with her.’ 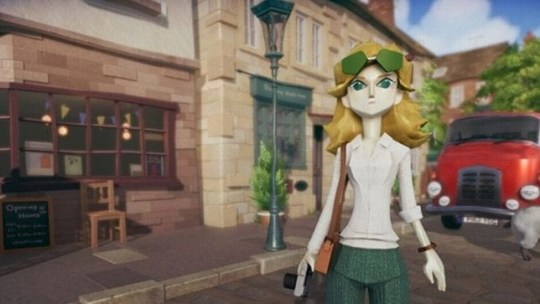 The Good Life is just as weird as Deadly Premonition (pic: White Owls)

The beautiful landscapes that SWERY alludes to here are those of the rolling hills of England, a stark departure from his previous suburban USA settings of previous titles. The decision to set The Good Life in England came about by chance, as SWERY explained.

‘When I was working on Deadly Premonition, the producer was transferred and had to move to England during the production of the game. He said he would be back in no time but ended up living in England for four years. At first, he couldn’t get used to English culture at all, and kept talking about how he wanted to come home, but after some time passed, he fell in love with the place. Seeing that sort of phenomenon up close made me come up with the idea to create a main character who gets stuck in a rural town in England and can’t go home.

‘When I then visited the office of Rising Star Games, the Western publisher of Deadly Premonition, I was able to directly experience the differences between the American and the English countryside, something I previously hadn’t been able to tell apart as a Japanese person. It also gave me a lot of culture shock. From that moment forward, I always had a strong desire to create a game set in England.’

The Good Life is setting up to be a classic SWERY affair, with likeable characters, an intriguing supernatural plot and a whole host of bizarre and wonderful mechanics. It is a game that couldn’t, and wouldn’t, exist if it wasn’t for the gulf left between the mega publishers and the indie scene. Without the high-fidelity AAA cinematic experience there would be no room for a style that, for all of its technical quirks, bends the rules of what a story and game can be.

How to Decide the Best Way to Fund Your Business

Games Inbox: Which Bethesda games will be Xbox exclusives?