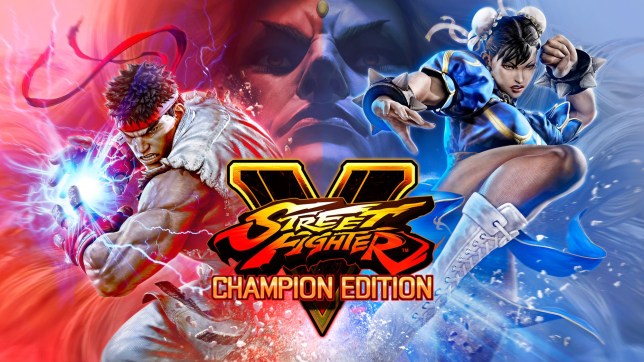 Ryu’s already in Smash Bros. and Marvel vs Capcom so why not Fortnite? (pic: Capcom)

The latest Fortnite leak suggests that Street Fighter is coming to the game next, which really doesn’t seem to fit with the hunter theme.

Every other week, it feels like Fortnite is becoming more and more like Ready Player One with how many crossover characters are now playable in the game.

From Batman to Iron Man, from Kratos to Master Chief, Epic Games has managed to land some major pop culture icons and now it looks like it’s bagged characters from the Street Fighter series next.

Throughout the current season, portals have been appearing and have always heralded another crossover. You can get a glimpse of what’s through the portal and they are also accompanied by some faint audio, both of which tease what the crossover is.

Thanks to prominent Fortnite leaker and dataminer ShiinaBR, clearer images and audio from the portal can be viewed on Twitter and they are undeniably Street Fighter related.

The images depict what is most likely the Suzaku Castle stage, which first appeared in Street Fighter 2 and is considered one of, if not the most iconic stage in the series. It was even picked to represent the series in the Super Smash Bros. games.

As for the audio, while it’s rather echoey, any fan will easily recognise it as Ryu’s theme music, which is also incredibly iconic to the series.

Between the music and the stage (which is also heavily associated with the character), the Street Fighter skin will no doubt be Ryu himself. He is the mascot of the series, having appeared in every game.

According to ShiinaBR, however, the crossover will come with both a male and female skin, which could point to Chun-Li also being included. Much like Ryu, she’s not only a series regular but one of the most recognisable and popular characters in the series.

Between this and the Tron crossover, it does admittedly feel as if Epic has given up on the hunter theme that it established at the beginning of the current season. Characters like the Mandalorian and Predator made sense but why pick Street Fighter characters for it, especially when Monster Hunter (another Capcom series) would be a more perfect fit.

Maybe you could make the argument that Ryu is always hunting the next fight and Chun-Li, as an Interpol agent, hunts criminals, but those connections seem rather tenuous at best.

Can you guess the celeb this body double plays? From Margot Robbie to Chris Hemsworth, here are their on-screen twins