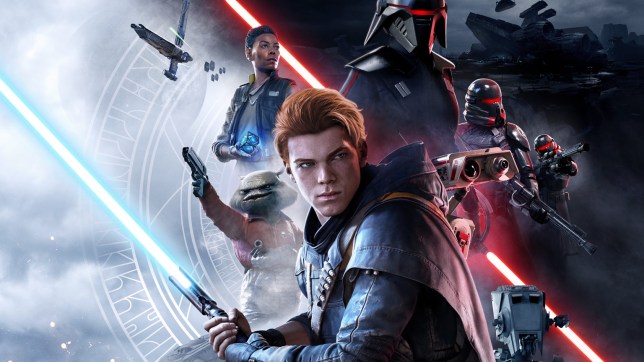 The German games rating board has added two new listings for Star Wars Jedi: Fallen Order that seem to be for the PS5 and Xbox Series X.

Given how successful EA’s single-player Star Wars game, Star Wars Jedi: Fallen Order, was, it would make a lot of sense for EA to re-release it on newer hardware now that the PlayStation 5 and Xbox Series X/S are out.

The publisher did release an update back in January, that optimises the PlayStation 4 and Xbox One versions so they can be played on their more powerful successors with improved performance, but officially there’s been no word on dedicated next gen versions.

But that may change soon, if newly discovered game ratings in Germany are anything to go by.

On the USK website, Germany’s games rating board, there are five listings for Star Wars Jedi: Fallen Order. While the first three are obviously for the PlayStation 4, Xbox One, and PC versions, the other two are new additions.

One of them explicitly mentions the PlayStation 5, while the other just refers to an Xbox version, although it seems likely it relates to the Xbox Series X/S. Both of them seem to have been added on March 2. 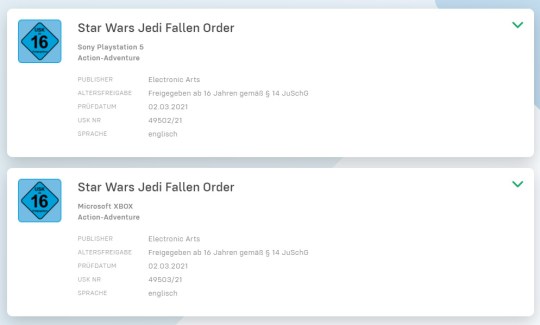 The fact they’re still up suggests this isn’t a mistake (pic: Gematsu)

While these can’t be taken as official announcements, their inclusion can only mean that the game will indeed release for those platforms. However, there is no indication of when they’ll launch or if they will be offered as free upgrades to anyone who already owns the original game.

EA has tended to offer free upgrades for other recent games though, so the chances are good that will be the case here too.

Covid vaccine calculator reveals when YOU will get jabs