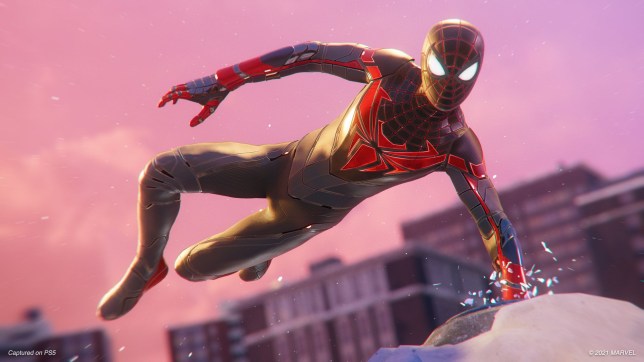 The PS5 version of Spider-Man: Miles Morales have been updated with not only a new suit but impressive new musculature simulation.

Even though it’s not a PlayStation 5 exclusive, Spider-Man: Miles Morales was already one of the best looking games of last year and a new update today has made it even more impressive.

Although the new patch fixes a few minor bugs its main addition is ZivaRT support to five of the game’s suits, including a new one called the Advanced Tech Suit.

The official patch notes don’t go into any detail as to what this means but Josh DiCarlo, lead character technical director at Insomniac Games, took to Twitter to explain exactly what it does.

‘Every deformation that you see on the surface of the costume is the result of muscle and cloth simulation.’

The ZivaRT tech is off-the-shelf, so it’s nothing Insomniac has created themselves, which means it can be used in any other game that licenses it.

It clearly takes quite a bit of horsepower to work, given that the feature isn’t available in the PlayStation 4 version, but it does look extremely impressive in the five suits that use it: the Classic, Great Responsibility, Winter, Uptown Pride, and Advanced Tech Suits.

Insomniac is yet to formally announce Spider-Man 2, which now seems likely to use the same technology, but then their current priority is the frequently delayed Ratchet & Clank: Rift Apart, which is due out on June 11.

Given the less realistic human characters in that game it may not support ZivaRT but it does seem destined to be the best-looking game on the PlayStation 5 so far, and something that wouldn’t work at all without the PlayStation 5’s super-fast SSD.

We’ve fully simulated the entire character from the inside-out, using techniques previously only available in film. Every deformation that you see on the surface of the costume is the result of muscle and cloth simulation.