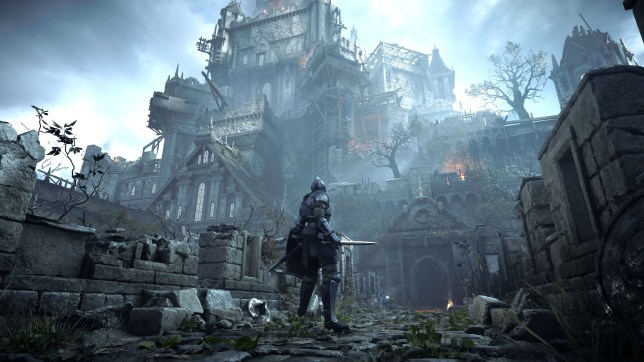 The next PlayStation movie adaptation after Uncharted could be Dark Souls spiritual predecessor, and PS5 launch title, Demon’s Souls.

Video game movies have long been a disappointment for all involved, with almost all proving a critical and commercial flop. But all it takes is one to prove the concept works and that, surprisingly, was Sonic The Hedgehog – one of the last big budget movies to be released before the pandemic.

The coronavirus has made Hollywood’s response to Sonic’s success more muddled than it might have been (Mortal Kombat was in production beforehand) but as a consequence Sony seems to have accelerated their movie and TV plans with 10 games currently being adapted, including Uncharted, The Last Of Us, and… Demon’s Souls?

That’s the unlikely rumour put forward by website Giant Freakin Robot, who seem to have got right several recent cinematic scoops and claim that Sony is developing Demon’s Souls as ‘a major movie project’.

Demon’s Souls is a peculiar choice for all sorts of reasons, the most obvious being that it’s very niche and even though the recent remake was a PlayStation 5 launch title it’s not as well known as the later Dark Souls trilogy.

Although Dark Souls is a spiritual sequel the franchise is owned by Bandai Namco and Sony only owns predecessor Demon’s Souls, which is not directly connected in story terms.

Theoretically, there’s nothing to stop Sony buying the movie rights from Bandai Namco, but that’s not what’s being suggested at the moment.

The other problem with adapting Demon’s Souls is that it doesn’t have a named protagonist or any other well-known characters. It is thick with cinematic atmosphere but more in the style of a horror movie than a quip-filled actioner like Uncharted.

The majority of the 10 rumoured Sony projects are believed to be TV shows, with only three movies – one of which is Uncharted.

It’s surprising to think that Demon’s Souls might be one of the other two but perhaps Sony feels that the lack of characters and vague plot gives more room for the film to be its own thing.