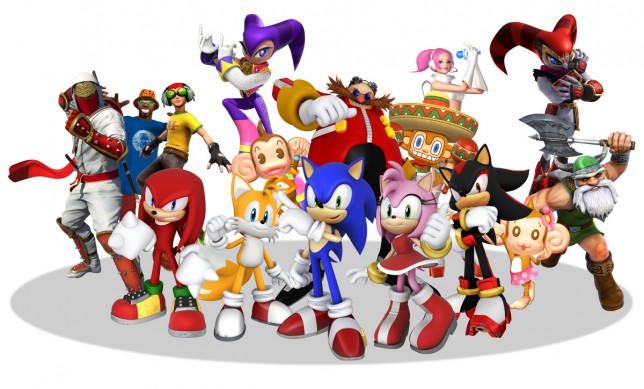 A reader is frustrated that it’s taken this long for Sega to make a game like Sonic Frontiers and laments the last 20 years of wasted time.

So I’m playing Sonic Frontiers at the moment and it’s true: it really is the best 3D Sonic The Hedgehog ever. That is, of course, very faint praise and it obviously has a lot of rough edges, but overall it’s a pretty great game and a big milestone for the series and Sonic Team. But what I can’t help thinking, as I played it, is that not only is it badly overdue but it’s ridiculous that we’ve had to wait over two decades for Sega to get to grips with the post 16-bit era.

People complain about 343 Industries or Bethesda, but that is a massive amount of time for Sonic Team to be churning out dud after dud. Sonic games sell but it’s not like they’re always number one or anything. If Sega had its head screwed on properly it would’ve shut Sonic Team down years ago and got in people that could do a proper job on such an important franchise.

But, of course, it’s Sega and that’s only mistake #1,236 on a list that goes on forever, dating back to the Mega Drive era. Everyone loves Sega but that love is primarily born out of 50% nostalgia and 50% pity. They’re basically loveable goofs, forever messing up and always making the wrong decisions. But it should be so different.

As far as I understand it, most of their money nowadays comes from Sonic merch and PC strategy games, which is the sort of revelation that would’ve blow the mind of my eight-year-old self, if he’d known it during the days when the Mega Drive was king. I guess if you’re only a PC gamer it might never even occur to you that Sega used to be anything other than a purveyor of strategy games, which, again, is mind-blowing.

Sega should be so much more than this. Back in the day they were more than the equal of Nintendo and now those two former rivals are nowhere close to being in the same weight class. What frustrates me is that Nintendo is still successful with many of its original franchises. They didn’t need to drop everything except Mario and go off and make PC games, they just carried on with the same things they always did, moving with the times but making sure the old games moved with it too.

Apart from Sonic, Sega doesn’t do anything with any of their old franchises. The closest you get is them farming out a small number of them to indie developers, and even then you only get Streets Of Rage and Alex Kidd (I bet you never even knew there was a new Alex Kidd!). But that’s just the low-hanging fruit, the pure nostalgia bait.

Scrolling beat ‘em-ups have got nowhere to go design-wise, so they’re only ever going to appeal to people who loved the originals. They’re certainly not going to be up there with the next Mario or Zelda. But Phantasy Star could be. Or Golden Axe. Or Shinobi. Or Panzer Dragoon. And that’s just scratching the surface, while ignoring all the more obscure ones and arcade classics like OutRun and After Burner.

The reason so many people wish Nintendo would buy Sega is not only because they’d make better games than them but because they’d resurrect almost everything, regardless of age or how Sega treat them at the moment. You only have to look at how they treat previously obscure franchises like Fire Emblem or ones that fell off for a while, like Kirby, to see how Sega should be acting.

Something like ESWAT or The Story Of Thor could be massive in the right hands, let alone one of the famous ones, but they never even try. Sega should be one of the biggest publishers out there, with some of the most experienced developers (based on the age of the company) but instead they’re one of the smallest and their reputation for good games is non-existent.

There is all this stuff about ‘super games’ in the future, that they keep going on about, and in theory that sounds like just what they need to do, but is anyone confident it’s really going to be a big budget revival of a classic franchise or a new IP with a similar tone? No, I’m going to bet that they’ll be soulless live service games, like that stupid looking Hyenas they unveiled recently.

Sega should be the best. They should be doing the things Nintendon’t. Instead, they’re just a shadow of their former self and have been for so long younger games will have no idea of what they used to be. Sonic Frontiers feel like the first, promising effort of an inexperienced developer, that’s got a lot to learn, and yet that’s so far from the actual situation it’s crazy.