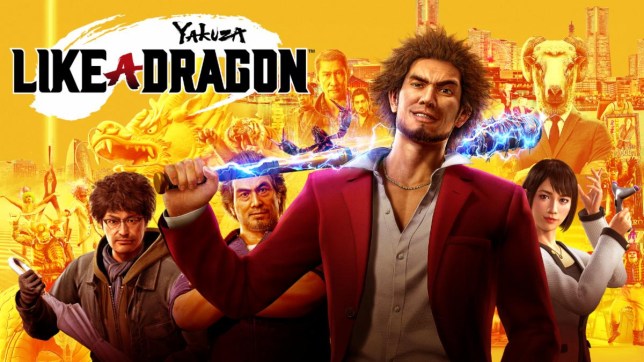 No, Yakuza are gangsters, not pirates (pic: Sega)

Yakuza: Like A Dragon’s page on SteamDB has had to be taken down after Sega’s lawyers accused the site of pirating it.

The Steam Database (SteamDB) is the go-to place if you need information on any game available on the platform. From developer info to player numbers, it has it all. What it does not do is illicitly sell games, but that’s what it’s been accused of by Sega.

According to SteamDB’s creator, Pavel Djundik, he was recently contacted by Sega’s lawyers requesting that the SteamDB page for Yakuza: Like A Dragon (the latest entry in the series) be taken down, claiming that the website is distributing the game.

Anyone familiar with SteamDB will immediately know that this is not the case. SteamDB provides no option to purchase or download games nor does it link to any third-party websites that do.

‘SteamDB only embeds Steam’s official widget for purchasing the game. We link to the official Steam store where possible.’

Can anyone help getting in touch with SEGA?

Their lawyers are trying to take down Yakuza: Like a Dragon’s SteamDB page claiming that we distribute the game.

I took the page down because they did not reply to the first abuse report and sent a new one to our hoster.

For the time being, Djundik has complied and removed the game’s page, but he has since managed to get in contact with someone at Sega of America to resolve the problem.

Speaking with PC Gamer, Djundik says that this sort of thing has happened before and mainly because those who accuse the site of piracy simply haven’t checked what it actually does.

‘From my previous experience with DMCAs, it almost always boils down to brand protection just firing off DMCAs at anyone without even looking at the site.’

It’s very likely that the Yakuza: Like A Dragon page will be reinstated at some point. It’s just a matter of when.

Yakuza: Like A Dragon is available on PlayStation 5, PlayStation 4, Xbox Series X/S, Xbox One, and PC.