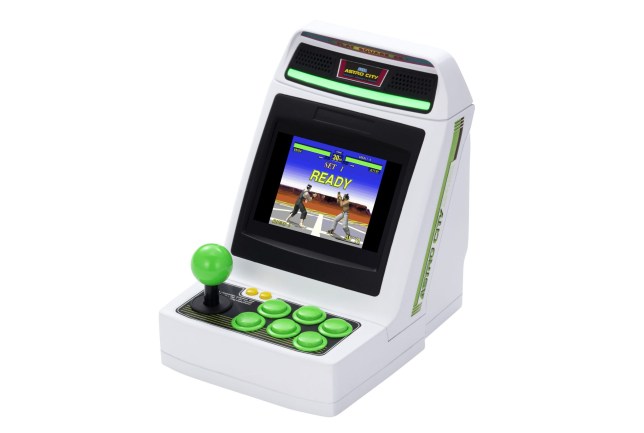 The miniature Sega coin-op filled with 36 retro arcade games is going to be officially released in the US with localised packaging.

A mini-console containing 36 classic Sega arcade games sounded like the perfect treat for retro fans but there was just one little problem: until now it’s only been intended for release in Japan.

However, American firm Limited Run has made a deal with Sega to officially release a version of the Astro City Mini in the US, from where it can then be imported to the UK.

The console will cost $129.99 (£94) and will go up for pre-order on the Limited Run website from Friday, March 26. The packaging will be localised but it’s not clear if the games themselves will.

The Astro City Mini is named after the generic arcade cabinet used by Sega in the 90s and was first unveiled in the summer of last year.

It’s also peculiar that while the console only has a digital joystick some of the games, like Space Harrier and racer Rad Mobile, were designed with analogue controls in mind.

The console was released in Japan in December and as well as the machine itself Limited Run is also selling branded joypads for $27.99 (£20) and a set of doll-sized accessories, including an arcade base, chair, and top board for $39.99 (£29).

The chances of an official release in Europe seem remote so if you do want one then the best bet is going to be to try and pre-order on Friday.