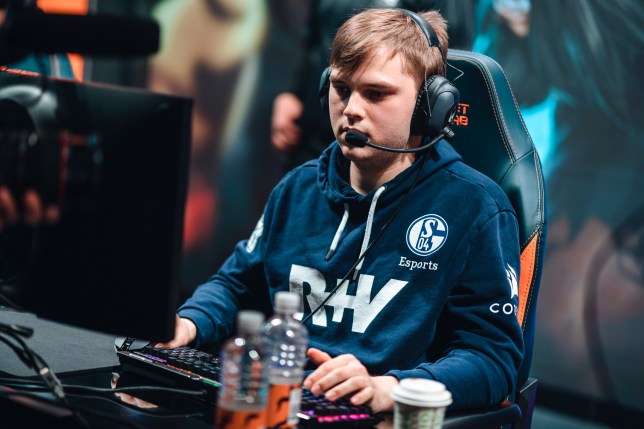 The mid-laner made a big impression during his two and a half years at Schalke 04, starring in a third-place finish in the 2019 Summer Split, the infamous miracle run into the playoffs last year following a seven-game win-streak, and a deep run into the 2021 Spring Playoffs following a strong performance versus G2 Esports and shock win over Fnatic.

Now, the German pro is relocating to Los Angeles to compete for the 100 Thieves organisation founded by former Call of Duty pro Matthew ‘Nadeshot’ Haag and is now co-owned by content creators Rachell ‘Valkyrae’ Hofstetter and Jack ‘CouRage’ Dunlop.

100 Thieves will be hoping Abbedagge’s raw talent and ability to create special plays out of nothing will improve upon the team’s fourth-place finish in the LCS Mid Season Showdown with Australian mid-laner Tommy ‘Ryoma’ Le who replaced Tanner ‘Damonte’ Damonte as the starting mid-laner earlier in the year.

The change has been made possible as superstar top-laner Kim ‘Ssumday’ Chan-ho recently received his green card and now counts as a North American resident. Meanwhile, Turkish jungler Can ‘Closer’ Çelik doesn’t take up one of the two import slots thanks to a rule introduced earlier this year that allows LCS teams to sign players from ‘wildcard regions’ with no limit.

Replacing Abbedagge at Schalke will be Frenchman Ilias ‘Nuclearint’ Bizriken who is currently competing for Schalke’s academy team, Schalke 04 Evolution, in the European Masters.

Despite the unplanned change, Schalke managing director Tim Reichert insists Schalke will remain ambitious and aim for qualification to the LoL World Championships. He was also full of praise for the team’s new addition:

‘We have, in our opinion, by far the best mid-laner in the European Regional Leagues in Nuclearint. We thought he would become an LEC player sooner or later.’