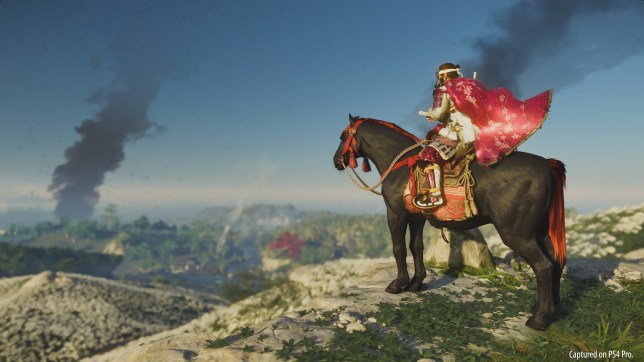 A reader looks back at the most graphically impressive PlayStation 4 games and wonders if the best might be yet to come.

It’s Christmas time soon and I know what I’m getting: a PlayStation 5. I shouldn’t, given everything that is going on, but I feel that if I don’t get one now I might never get the chance, given how bad things are going to get. There’s no point waiting for Black Friday, so I’ve already got the beast pre-ordered from Amazon and it’ll be straight under the tree when that goes up.

I’m very excited but, also, I’m getting a little nostalgic about the PlayStation 4, since I’ll have to box that up and see if I can sell it. That had me going on a little trip down memory lane and, inspired by the current talk about God Of War Ragnarök and how it’s probably the last big cross-gen game, I thought I’d look back at the most graphically impressive games on the PlayStation 4.

Now, obviously, I haven’t played every single game but I have played a lot of the ones I think would be in the running, so hopefully this isn’t going to be missing out anything too obvious. If you think differently I’d be interested to hear about it, although I have doubled up some games, like The Last Of Us and Uncharted, so it doesn’t all end up being the same developers.

I’m a sucker for historical games and I wish there were more of them, especially if they look this good. I’ve no idea if the real Tsushima island is this pretty but the one in the game feels almost like a paradise. The grasses waving in the wind, the beautiful colours of the trees and plants, the cute animals and foxes, and the very realistic-looking people are all great, as is the recreation of old-fashioned Japanese buildings.

It really does feel like you’re travelling back in time and seeing how things used to be and I love that. Far future or in the past always seems to me more interesting than modern day – show me something I haven’t seen and can’t experience any other way!

I haven’t finished it yet, so maybe there are even better parts later, that would move this up the list, but Ragnarök is already an amazing looking game. The two new realms both look fantastic and while it isn’t open world I like the semi-linear design, which can afford to be a lot more detailed, with more unique areas and buildings.

I’m going to double this up for all Naughty Dog games, because everything they do is amazing. Uncharted 4 is also an amazing game but I think The Last Of Us Part 2 impressed me even more, just because the locations are a bit less one-and-done and the characters look more realistic.

Ragnarök actually disappointed me a bit in terms of the facial animation, and I think that’s something that Naughty Dog are the absolute best at, especially combined with their excellent dialogue and acting. This is one game that’s definitely not going to need a PlayStation 5 remake.

Easily my least favourite game on this to play but I would say it is the best-looking game that Sony has ever produced. I love the designs of the robots and the game world, and while by open world standards it’s a little small everything looks so real and alive. It’s a game where everything feels very solid and weighty, like you can almost feel yourself walking through its world.

Like I said, I don’t think the facial animation is as good as Naughty Dog (all the characters tend to have weird, puffy cheeks) but it’s still good and certainly well above average compared to other games. I just feel the combat is a bit bland and the story kind of boring, but that’s not what I’m comparing at the moment.

The only non-Sony game on my list and yet it’s still number one. I feel this one is almost a no-brainer as it looks so much better than any comparable game, especially given the open world is absolutely huge and absolutely every inch of it looks almost photorealistic. Trotting down from the snowy mountains into the forests where they’re cutting down trees and then into the town or the swamps… I said how much I love historical stuff in Ghost Of Tsushima and this is even better.

It also leaves a small hope that more great looking games could come to PlayStation 4, as third parties are more likely than Sony to stick with both formats. I assume GTA 6 will be next gen only but that’s not a guarantee, so maybe the best-looking game is still yet to come out!