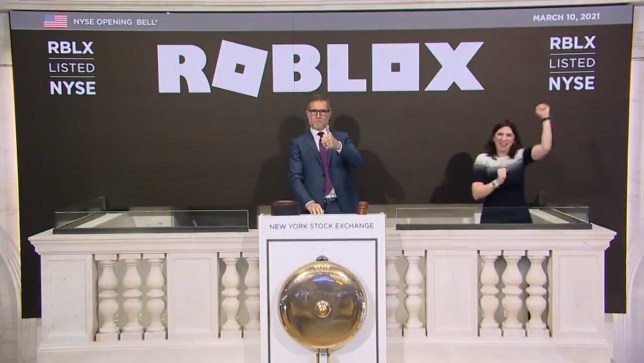 After going public on the stock exchange Roblox is now one of the biggest games companies in the world, despite not making a profit.

If you had to guess who was the biggest third party publisher in the world you’d probably imagine it was EA or Ubisoft or one of the other traditional companies, but surprisingly Roblox Corporation is bigger than both of them.

Even more so than Minecraft, Roblox is not something most adult gamers have anything to do with, but anyone that’s a parent will have an inkling of just how big Roblox is and why it’s not surprising that when it switched to being a public company this week it ended up with a market capitalisation of $39.88 billion (£28.54 billion).

That’s more than that $37.97 billion market capitalisation of EA, well ahead of the $19.68 billion of Rockstar owner Take-Two, and dwarfs the $8.19 billion of Ubisoft.

The only third party publisher it doesn’t beat is Activision, who have a market capitalisation of $72.49 billion – although remember that includes Blizzard as well.

The Roblox share price is enjoying a honeymoon period because the company only just started being listed on the New York stock exchange, but it’s still an extraordinary figure.

Roblox has benefited more than most from the pandemic, with children stuck at home with nothing to do and the game offering something which parents generally view as more constructive than a traditional video game.

The central appeal of Roblox is that it’s both a MMO and a means to make your own games, with thousands of player from all over the world not only able to upload their own games but monetise them too.

Roblox has 1.2 million monthly users, which is more than Minecraft and, unofficially, makes it the most popular video game in the world.

The number of daily active users stands at a staggering 32.6 million, an 85% increase on the pandemic-free 2019.

Incredibly though, Roblox is still being run at a loss and was $253.3 million in the red last year, compared to $71 million in 2019. With usage expected to dip once the pandemic is over that may mean their stretch as Wall Street darlings will be relatively short…

WandaVision fans could be disappointed with prospects for season 2