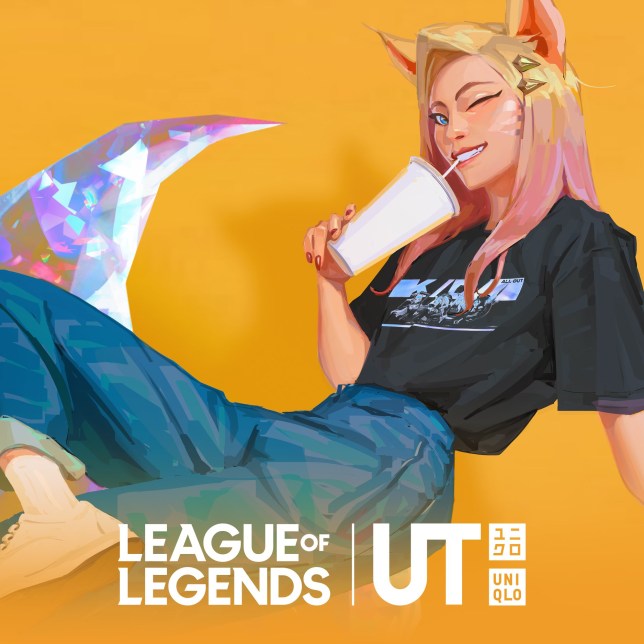 League of Legends and Uniqlo are collaborating for an upcoming clothing line (picture: Riot Games)

Riot Games have officially confirmed a partnership with Japanese clothing brand Uniqlo for a new line of League of Legends merchandise.

Uniqlo have had numerous partnerships with gaming brands including Pokemon, Overwatch, Animal Crossing, and Fortnite.

LoL have also partnered with numerous brands. Last year saw the release of premium, limited-edition Loius Vitton clothing while 2021 has already brought PC gaming gear from Logitech themed around fictional K-pop group K/DA and a clothing line with H&M which was launched back in February.

Not much is yet known about the Uniqlo and LoL collaboration with no details of the clothing or release date revealed at the time of writing. However, pop group K/DA appear to be the main attraction judging from the teaser first revealed on Facebook.

The teaser image showcases K/DA Ahri posing in a graphic tee depicting the full group which very well could be part of the collection.

And in addition to that, a teaser for the group’s newest member, Seraphine, hinted at an upcoming Uniqlo collaboration back in November. Part of the Uniqlo logo can be seen at the bottom of the poster in the image below.

K/DA is extremely popular, the group’s first song ‘POP/STARS’ – featuring Madison Beer, (G)I-DLE and Jaira Burns – has remarkably racked up 433 million views on YouTube as well as just under 200 million plays on Spotify.

Still, there is a chance that there will be more general LoL merch to appeal to the entire player base with over 150 different champions available to the design team.