One of the best times I ever had in a movie theater is when my friends and I saw Showgirls. It was such an awful movie, and everyone in the theater knew it. As such, all of us—friends and strangers alike—took turns at improving the script with our own dialogue and feedback.

Those opportunities for comedy are what you’re seeking in What the Dub?! This party game closely follows the premise of Mystery Science Theater 3000, albeit in bite-sized chunks. You’re given a quick scene from goofy, public domain movies, PSAs, and such with a line removed. It’s up to you and the other players to complete the dialogue. 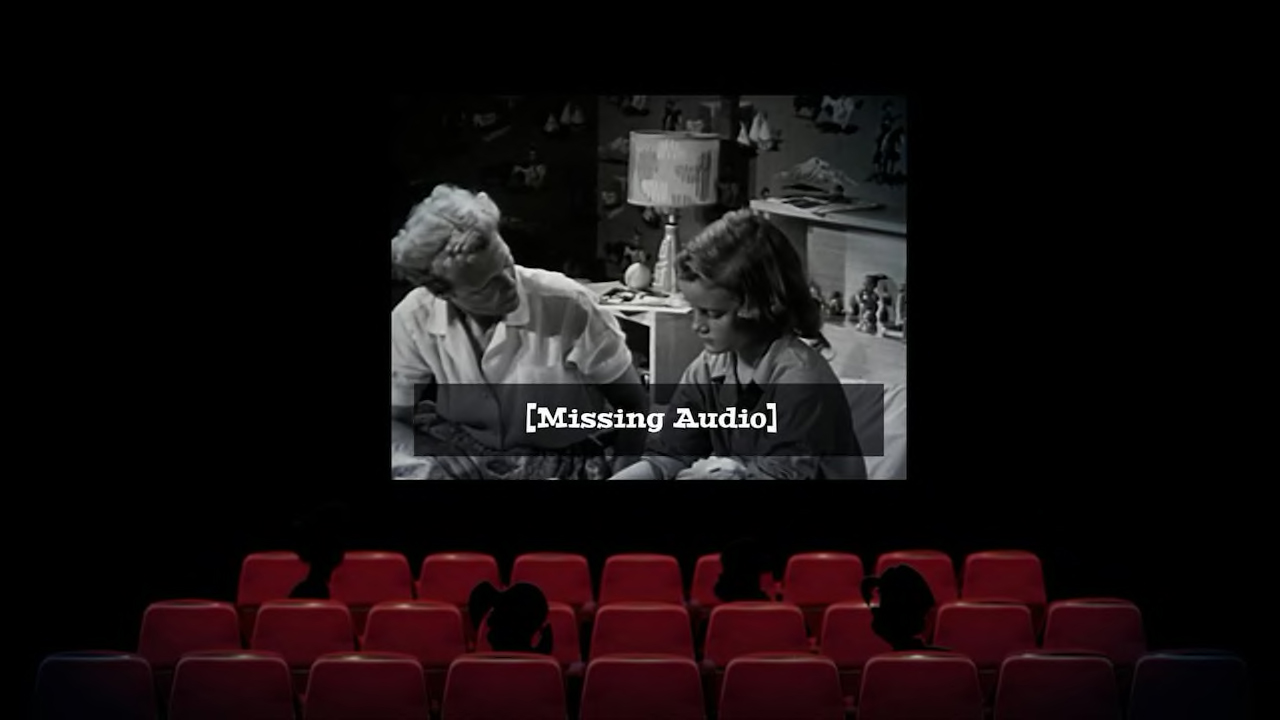 If you think this sounds like something that might be included in a Jackbox Party Pack volume, well…yeah. What the Dub?! is so deep into that vibe that at times it feels like a rip-off. It has the same snarky attitude, the same habit of insulting the loser, and the same visual style. Thankfully, it’s also just as fun, if not as complete.

The game begins by presenting a website to which players can connect with a mobile device or computer. You enter your name and the room code, with up to 12 players able to participate (six can play, while six more can vote). 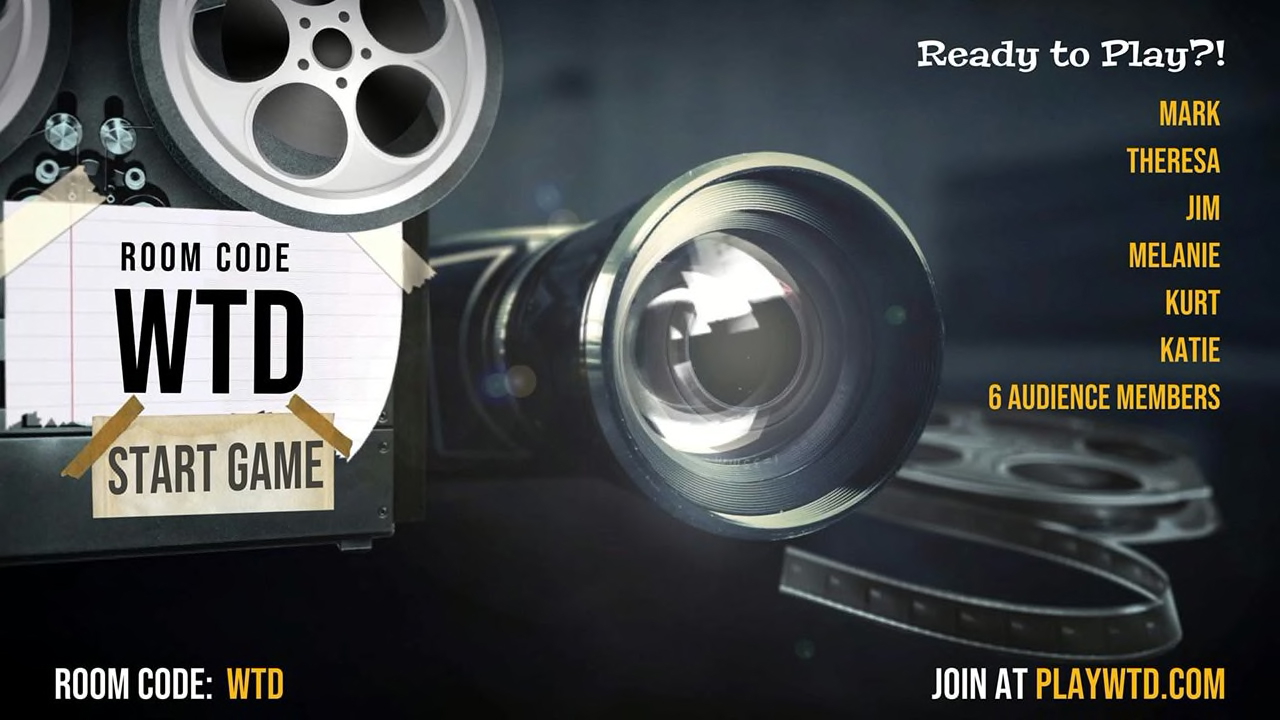 You’re then given a scene with a key line of dialogue removed, and it’s up to you to replace it. Once all players make their entry (or once time runs out), the scene is played back with the new dialogue added in and spoken via text-to-speech. The players then get to vote on their favorite, the only caveat being you can’t vote for your own. At the end of the game, the player with the most points wins. 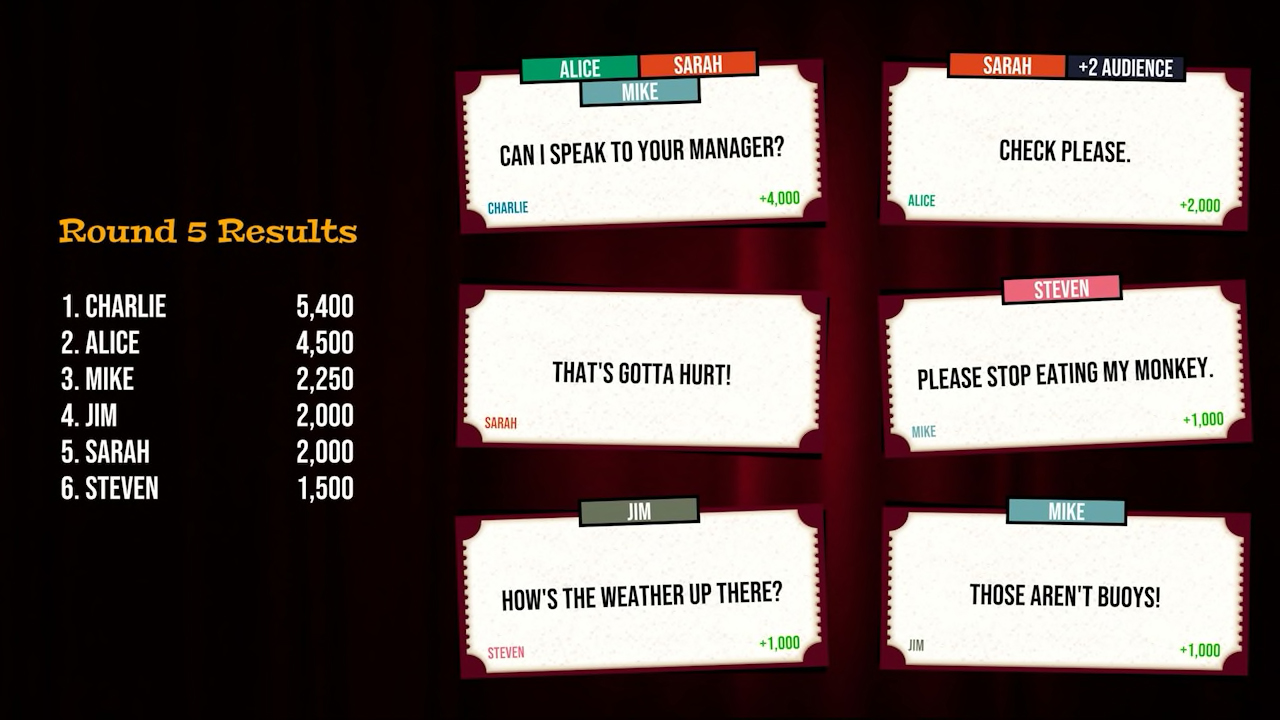 So, the gameplay is pretty basic, relying solely on the comedic talents of the players for its effectiveness. With my immediate family, that was more than enough. What the Dub?! instantly became a party game favorite for all of us despite our ages ranging from 9 to 51. The 9-year-old developed a habit of running to a different room to speak his dialogue into his iPod touch (speech-to-text-to-speech?), allowing for really long, inaccurately translated lines the rest of us couldn’t match with typing. The game does give you the option to extend the amount of time players get to type in their entries, but extending it too far can kill the round’s momentum. You can also add in some pre-recorded sound effects (you can probably guess what most of them are). However, they don’t always play if you add more than a couple. Maybe that’s a good thing.

What the Dub?! is certainly fun, but there’s room for improvement. The game definitely needs the ability to replay the scene, as it’s easy to miss the setup if you’re in a party setting with all of its potential distractions. There should also be more of the aforementioned sound effects, and some of those already included could be better. The laser sound, for example, seems off. And why is there no maniacal laughter? A couple members of my family also complained that there’s only one fart sound, but I’d argue that one is enough.

The text-to-speech readings are necessary, but they’re still a bit of a restriction. With no inflection possibilities, you need to consider how your line will be read when you’re writing it. Otherwise, your attempts at comedy can fall flat.

Finally, not all of the 300+ scenes included with your purchase provide good setups. Being funny is part of the gameplay, yes, but the whole session can be a dud if you happen upon a string of poorly selected scenes.

Still, if you and your family/friends have ever helped a movie along with improved dialogue, What the Dub?! will keep you all entertained. I feel it would work better as one part of a package of party games, but at only $7.99 (less than I paid to see Showgirls), it’s priced to move on its own.