Virtuous Western takes the aesthetic of a Spaghetti Western and morphs it into a cute, 8-bit puzzle game. Its wild west setting comes complete with tumbleweed drifting across the screen.

You play as a sharp-shooting cowboy facing off against a band of outlaws. The game begins with a quick opening cutscene in a comic-book style that shows the outlaws stealing your trusty steed and you vowing revenge.

The gameplay itself takes the form of puzzles in which you have to collect bullets with which to shoot the outlaws.

As the puzzles get more intricate, you can also eliminate enemies by shooting chains so that heavy crates fall on them or barrels of TNT that explode them. Some stages also have sticks of dynamite you can throw at the outlaws. A few levels require you to dodge out of the way of bullets so that they hit an enemy behind you, to trick your foes into taking out each other.

Virtuous Western has a total of 30 stages. The puzzles aren’t particularly challenging and don’t take an especially long time to figure out. It easily takes less than an hour to get through the entire game, including the opening cutscene, even if you’re taking your time over it.

It’s a nice touch that there are multiple ways to solve the different puzzles. It gives you a chance to approach it from different angles if you choose to play it through more than once. 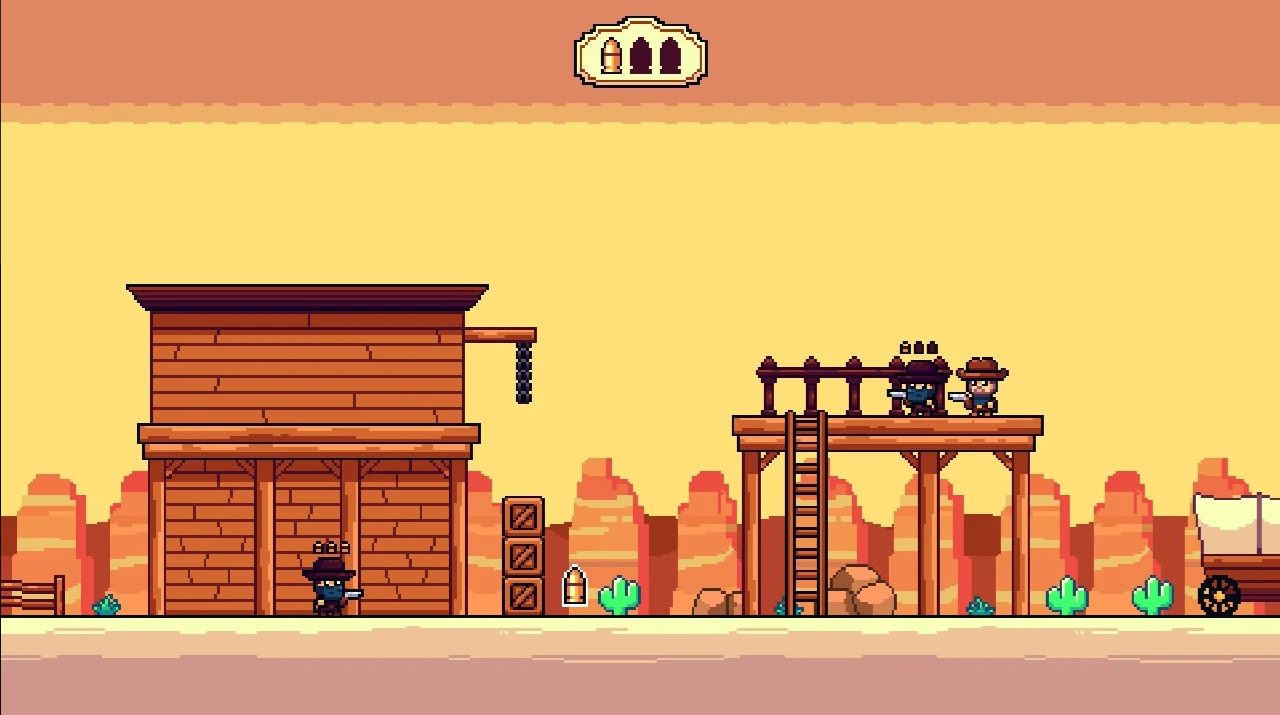 If you’d rather challenge yourself to a faster time, Virtuous Western offers a speed run mode, where you do the same kind of puzzles against a stopwatch. This offers something to pad the run time, but the puzzles aren’t hard in the first place, so it’s still not a hugely challenging game.

Generally, Virtuous Western is not bad for a $5 game, but there are more exciting, more challenging, more complex games out there for the same (or even lower) price, even from the same studio.