It’s got to be hard to create new ‘old’ games. I’ve seen many games out there that claim to be classic but fall flat on that promise. There’s much more to being classic than just showing pixels; you must have the feeling of a classic game within the gameplay. Stardash claims to be a classic game, thus taking on the challenge. How does it fare?

According to the eShop, Stardash is a “NOT EASY” platformer. It was originally released on mobile back in 2011 and remastered in 2018, the latter version ported to Switch. It takes place over five worlds, each having nine main levels and an extra unlocked by finding all keys hidden in each of them. Each is only about 15-30 seconds long and, true to its word, isn’t easy. Scattered throughout each level are many enemies and traps waiting to one-hit kill you. 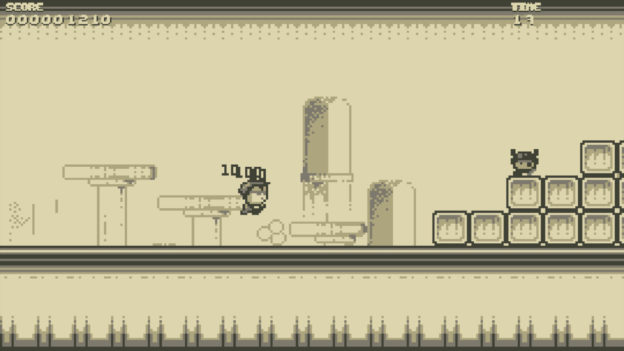 Trying to stick to its ‘classic’ theme, the whole game is in Gameboy-esque 4 color greyscale. I wasn’t a fan of it at first, but it slowly grew on me. There are plenty of little nods toward classics like Super Mario Land, which I think are intentional, and the chiptune music is pretty decent as well. My biggest graphical complaint has to be that the scrolling isn’t very smooth, which I found rather straining to look at for prolonged periods.

Unfortunately, while I think they nailed the theme as far as classic goes, Stardash as a whole is clearly laid out as a standard mobile game. Besides having a typical mobile menu design, each level has a three-star system employed. Honestly though, not being ‘classic’ doesn’t make it a bad game. It’s just a misleading label. 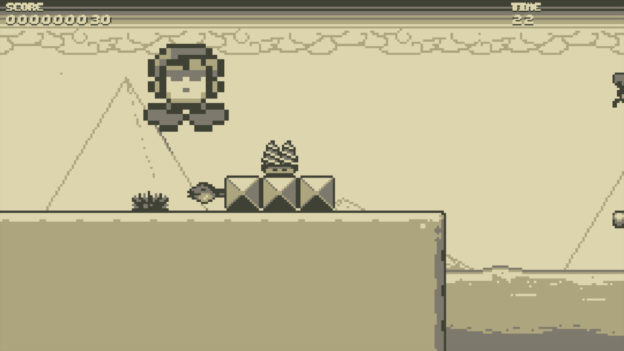 Creating difficult games presents a challenge for the devs. You need to balance making the game hard yet not unfair, and unfortunately, Stardash tends to fail at this. Boulders fall from ceilings without any indication, and the plant enemies spawn out of walls without warning. Imagine playing Super Mario Bros, but Thwomps fall from the sky outside of view, and enemies come out of nowhere. It’s basically Mario Maker. Beyond that, the hidden keys in each level are hidden inside walls that also have no indication. This makes looking for them pretty much consist of throwing yourself off cliffs while hugging the sides, hoping to find them. 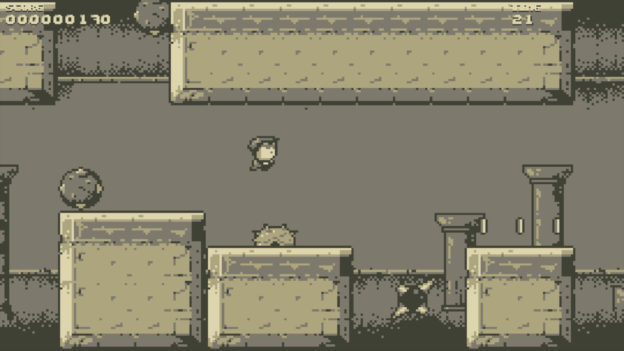 Don’t get me wrong, a good portion of the game is just genuinely difficult. However, the trollish aspects of the other portion kill off a lot of its enjoyment. There are also a lot of little gameplay issues I found when playing. I don’t want to get into every little thing. But one standout is getting points for doing things, but the game not displaying your score, despite what the eShop photos show. Another, playing in ‘flip-mode’ where you run right to left, is the camera still working as it usually does, so you can’t see very far ahead, leading to more cheap deaths.

Stardash does a good job keeping that classic theme all-in-all, but when it comes to gameplay, it just falls short. I have to give it some credit though, I do feel oddly compelled to 100% it, but that may just be the completionist in me. Stardash retails on Switch for $9.99, double its mobile price. If you like hard games, don’t mind cheap deaths, and see it on sale, I’d cautiously recommend it but otherwise skip it. 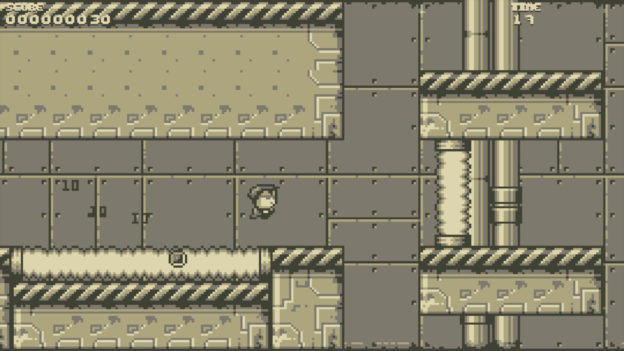