A love letter to the earliest generation of gaming, Ping Redux is soaked in its hyper retro influences. Everything from the music, to the design style, to the gameplay itself pays homage to Atari classics, as its Wii U predecessor Ping 1.5+ did before.

You play by controlling a small white cube as it rebounds around the walls and obstacles of each stage to reach an orange sphere, bouncing the fewest times possible on the way. If you exceed the bounce limit, you lose. Some of the more complex levels allow you a second (or possibly third) shot, allowing you to change your trajectory mid-move. But even with the extra shot, you still have to have precise aim and quick reflexes to win.

If you are familiar with Ping 1.5+, you’ll notice that Ping Redux does not have the touchscreen option offered by its Wii U ancestor. However, the controls are easy enough to manage without so this isn’t a huge loss. 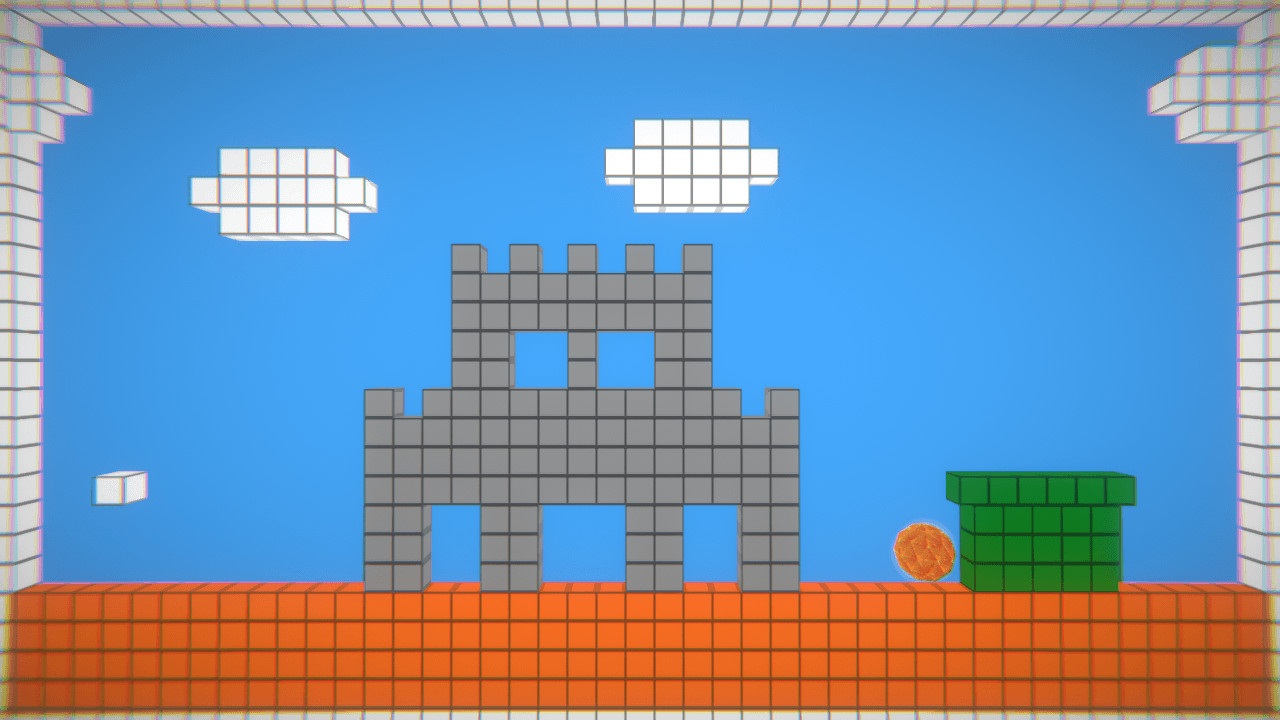 Much like the vintage games it emulates, Ping Redux is very simple to pick up, but incredibly difficult to master. There is hardly a tutorial. You get one prompt on the first level of the first world explaining the aim of the game, and then you’re off. The premise is simple so that is all you need. But you quickly learn that, if your aim is off by even the slightest degree, your cube will go rocketing all over the place like an ancient screensaver and finally explode when you run out of bounces.

The game knows this, too. Early on, you are advised that you’ll become close friends with the button that restarts the level. It’s easy to forgive the cheekiness because, in all honestly, they’re not wrong.

As you progress the levels, the difficulty increases. Ping Redux introduces moving parts at various speeds and more complex mazes to bounce through, adding layers to your strategy. It’s tempting to shoot your cube off in the general direction of the goal and hope for the best, but so much more satisfying when you know that you meant for that spectacular win to happen. 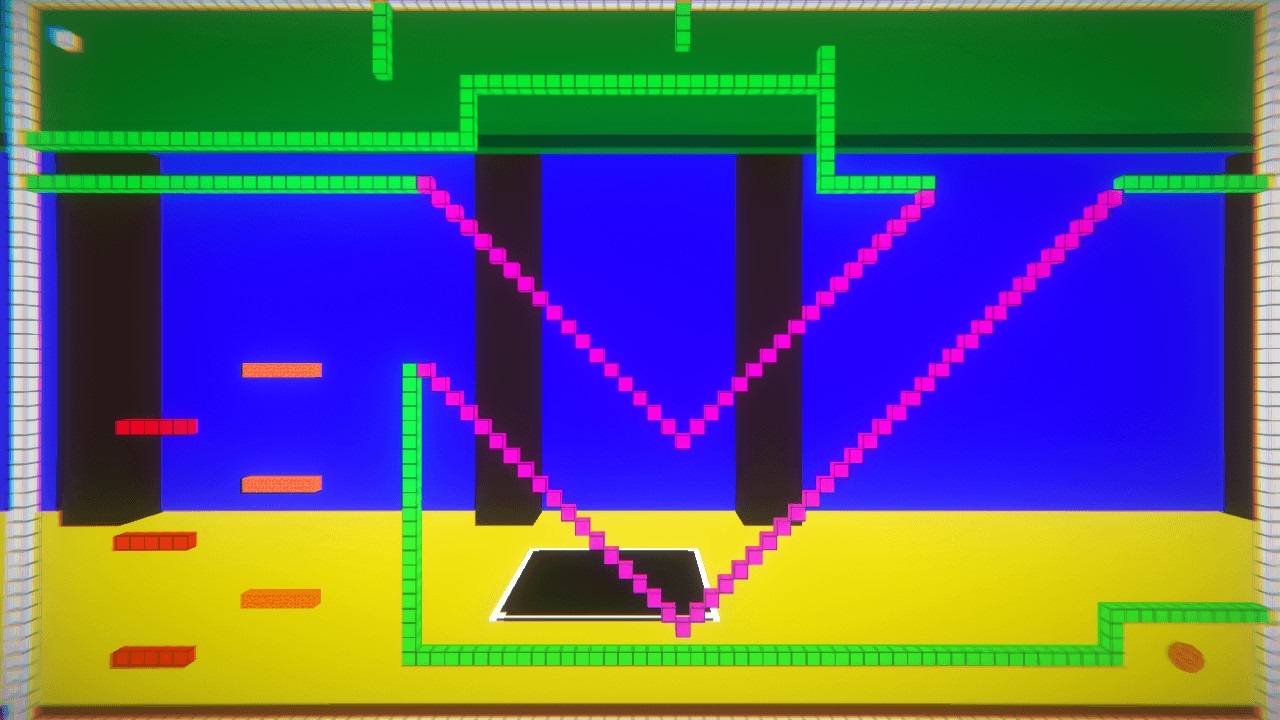 Each level unlocks the next, with a boss battle waiting at the end of each world. These are creatively designed to give you something different to do every so often. They draw on the rules of iconic games like Space Invaders and Asteroids without being so similar that you feel like you may as well just go play Space Invaders.

There are over 100 levels and twelve bosses in the game. If precision comes naturally to you, you might blast through the lot in an afternoon. But for the low price, that’s still a decent amount of gameplay. Besides, you always have the option of going back to beat your best score. You only have to pass to move onto the next level, but each level has bronze, silver and gold stars you can achieve by reaching the sphere in fewer bounces. How much you want to challenge yourself is entirely up to you.

A lot of effort has gone into constructing Ping Redux. Every element of it combines to make a great game that wonderfully encapsulates the nostalgia of classic games for contemporary players. 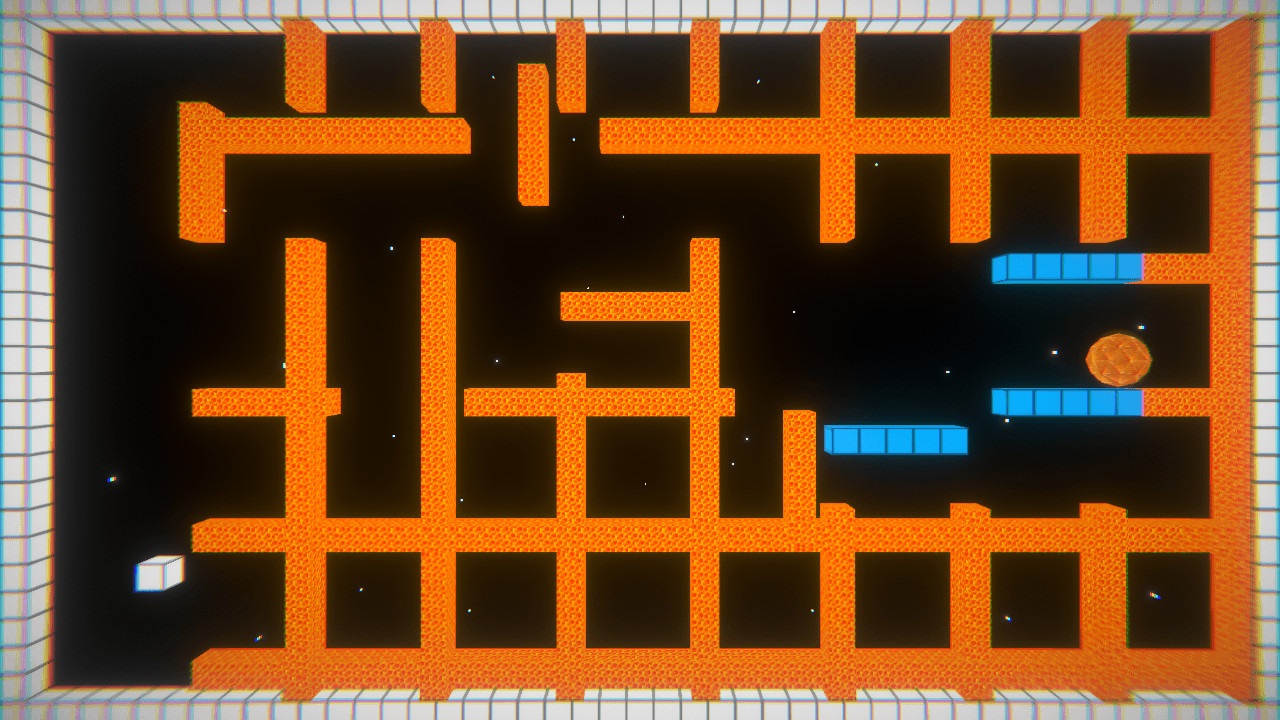