Iris.Fall is a short puzzle adventure. You can finish it in under five hours, and that’s just about right. Although the game is visually compelling throughout, the core gimmick wouldn’t be able to hold up much longer than that.

The story begins when our younger heroine awakens from what seems to be a pretty bad dream, only to find herself in a worse one. She’s trapped in a giant building that’s crumbling all around her, and she must navigate her way through it. Thankfully, she has a cat (or, sometimes, a cat’s shadow) to help. 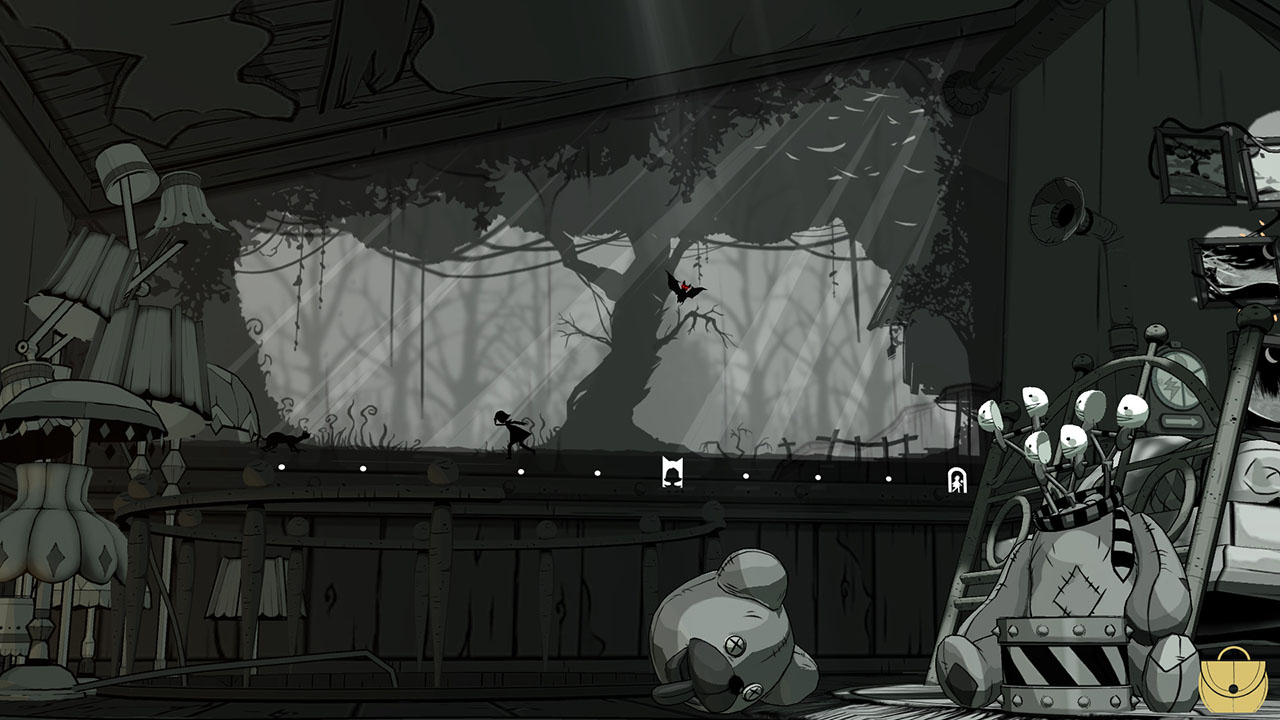 The puzzles are presented in scenes—large rooms with an exit blocked off in various ways. You control the young girl as she investigates these rooms, searching for items she’ll need to activate various steampunk styled contraptions. More often than not, these devices will manipulate light in the room, casting shadows that can then be used to reach otherwise inaccessible areas.

Our heroine, you see, is at some points able to warp into the shadows themselves. So, if you can’t reach a high ledge, you’ll need to create a stairwell of shadows that her shadow can ascend.

At the onset, it’s all ridiculously cool and visually splendid. The largely black-and-white presentation is deep and detailed, like quality illustrations from the type of children’s book you’d pass down through generations. The graphics are simultaneously creepy and cool, and they certainly do drive the game. 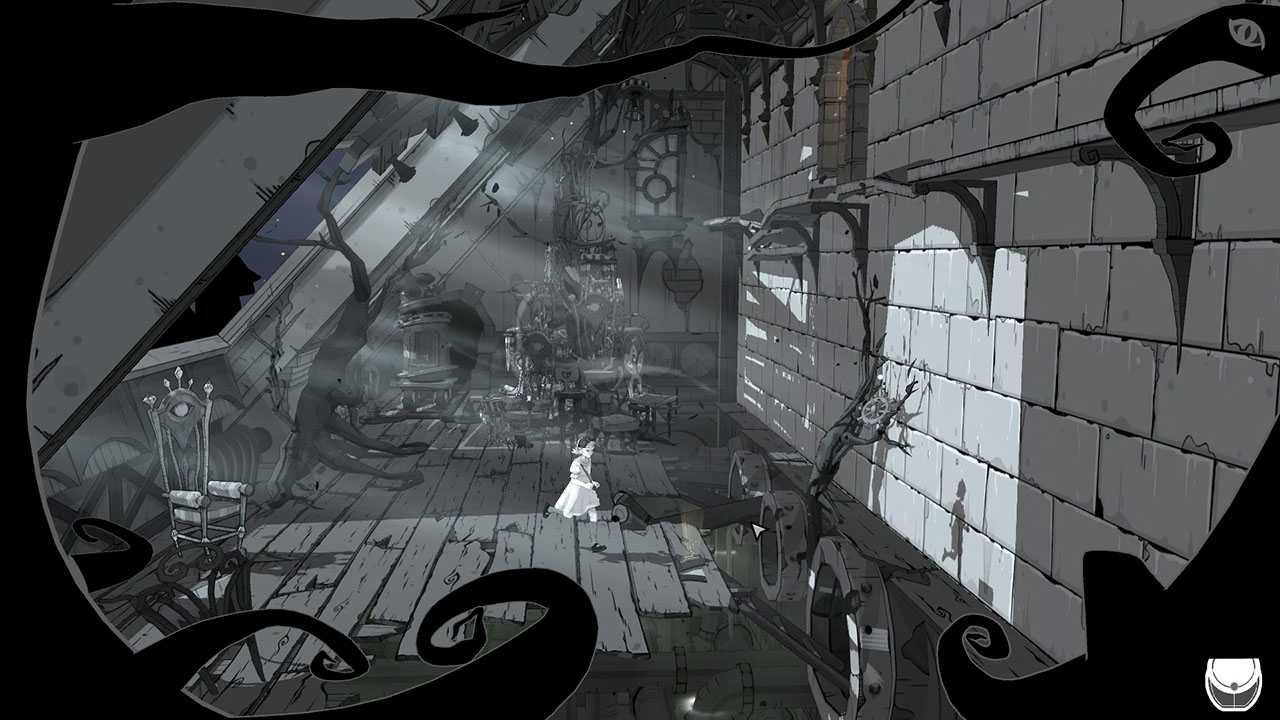 That’s important because the story is not terribly compelling. You wonder about the cat, and various other characters (or, at least, their shadows) do show up in some form as you progress. Mostly, however, the narrative is told through environmental puzzles. The method of getting to a room’s exit will sometimes be part of the plot, and realizing that leads to some fun moments. 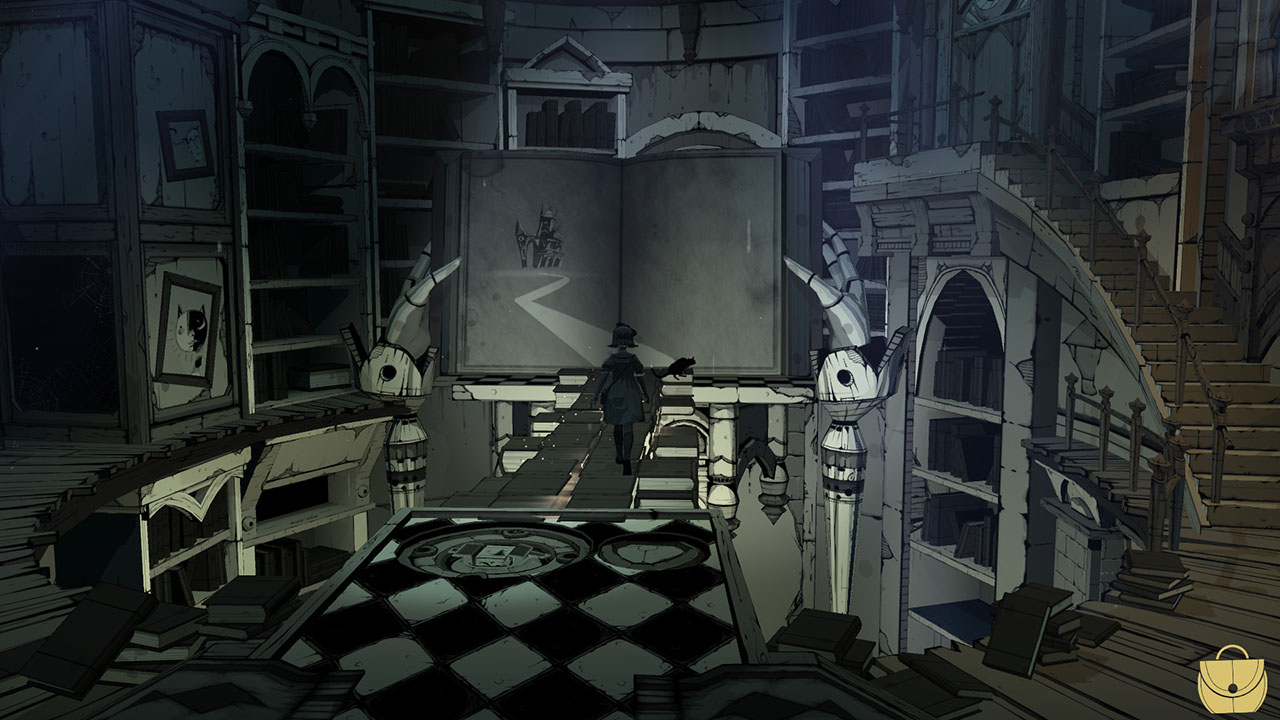 However, there are numerous points where Iris.Fall abandons environmental manipulation, leaving you with the type of logic puzzles you’d find in any other kind of adventure game. That’s fine, as the shadow gimmick would’ve worn thin if you spent the whole game turning lights on and off and sliding things around. Unfortunately, some of the logic puzzles are exceptionally tough. And with no hint system to help you along, you’ll sometimes spin cogs or slide posts around for so long that you’ll start to wonder if it’s worth it.

This problem is exacerbated by controls that are a bit too finicky. Some of the puzzles require precise positioning of the cursor. I found it often bounced to the wrong action spot in those with many manipulation points, causing me to spin or push in the wrong direction if I wasn’t patient before clicking the button.

Because of this, the fact that you can complete the game quickly is a bit of a blessing. You get just enough big visual moments (be sure to play this one in docked mode) to compensate for the more frustrating puzzles. 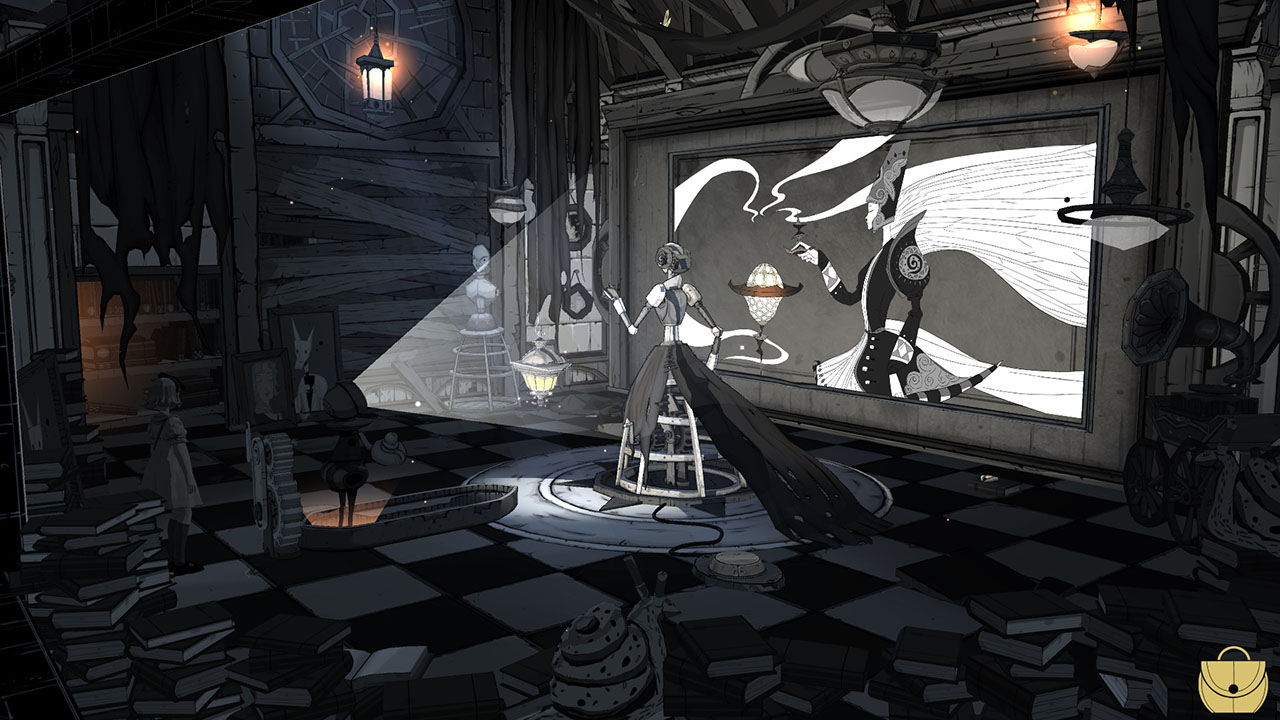 And if you don’t have a mathematician around to help you get past those, random luck will sometimes work. I got past some of the puzzles not by solving them, but by outlasting them.

So, I think it’s fair to compare Iris.Fall to a quality picture book with some occasionally complicated words or themes. You’ll be a bit relieved when the game’s done, but you’ll be happy about the time you spent with it.