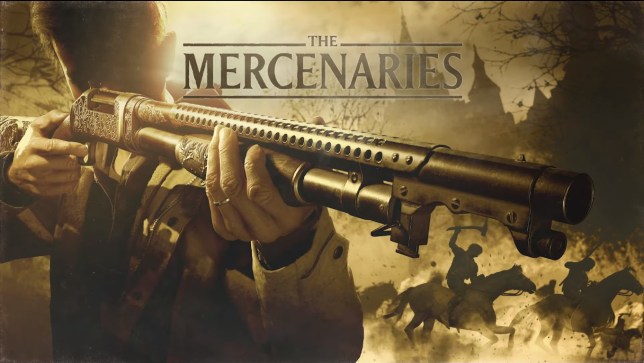 The Mercenaries are back in Resident Evil Village (pic: Capcom)

The Resident Evil Showcase has been full of welcome surprises, including a new look at the Infinite Darkness Netflix show.

It’s such a shame that this year has so many important video game anniversaries, given how difficult the coronavirus has made it to celebrate them.

Capcom clearly had a lot planned for Resident Evil’s 25th anniversary and while the big day was last month Thursday night’s showcase showed they’ve got a lot of good things still to come.

The focus was obviously Resident Evil Village, with a new trailer that looks highly impressive but still left it ambiguous as to whether the werewolves vs. vampires showdown they’re setting up is supernatural or not. Although the prominent presence of an Umbrella logo in the trailer suggests not.

The story mode looked great but what will have old school fans extra excited is the announcement that the game will feature a Mercenaries mode similar to Resident Evil 3, 4, 5, and 6.

The time-based, arcade style mode has always been a fan favourite but since Village is played from a first person perspective that automatically adds a new angle to this iteration.

You can also use a shop between rounds now, upgrading your various weapons and using perk-like ‘abilities’ to do things like increase your movement speed or weapons damage.

The other big news for Village is that, after the PlayStation exclusive Maiden demo, there’ll be a second multiformat demo as well.

How it works is a bit complicated but basically it’ll only be available for one day, but it will let you play a full hour of the game, either in the village or castle areas – or some combination of the two, depending on what you prefer.

In that sense it’s similar to the Resident Evil 2 1-Shot demo, with the UK times starting, rather awkwardly, at 1am on May 2.

PlayStation owners get a slightly different deal, where they get to play 30 minutes on the village section from 4pm this Sunday, April 18. The access is only for eight hours though, so it ends at midnight.

A 30-minute castle demo will then be available the following weekend, from 4pm on April 25, again until midnight. PlayStation owners can start pre-loading today, but not anyone else.

That wasn’t all when it came to Resident Evil news though, with Facebook announcing an exclusive VR version of Resident Evil 4 for Oculus Quest 2.

You also got confirmation that filming of the new live action movie reboot has now finished (although there’s no hint of a release date yet) and there’s going to be a Resident Evil crossover with Dead By Daylight.

The only thing missing was multiplayer game Re:Verse, which was mentioned only in passing. Probably because, unlike everything else, it doesn’t look very good.