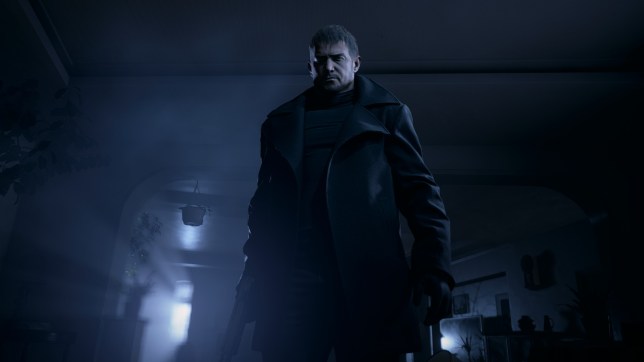 Chris wasn’t going to be the only familiar face (pic: Capcom)

Concept art for Resident Evil Village shows there were plans to include a fan favourite character from the series, but it was ultimately scrapped.

While Resident Evil Village does continue the story of Ethan Winters from Resident Evil 7, with series regular Chris Redfield also returning, the game is almost a standalone adventure.

Despite the Resident Evil 4 influences, the titular village bears no hard references to previous games and the cast of characters, such as everyone’s favourite vampire Lady Dimitrescu, is completely original. But apparently, that wasn’t always going to be the case, according to some newly revealed concept art.

If you happen to own the Trauma Pack DLC, which comes bundled with the Collector’s, Deluxe, and Complete versions of the game, you probably already know what we’re talking about. But, while it doesn’t necessarily spoil anything about Village, we will still place a warning for those that want to avoid this knowledge until after beating the game.

As reported on by IGN, there were plans for a certain character to make an appearance in Resident Evil Village, one that would have tied it a bit more directly to Resident Evil 4: Ada Wong.

In the Tragedy of Ethan Winters artwork gallery included with the DLC, there is concept art depicting fan favourite Ada wearing a plague doctor-inspired outfit, which is radically different to her classic red dress and even her more professional attire in Resident Evil 6.

If anything, it makes her look like Eileen the Crow from Bloodborne, a hunter whose outfit also resembled a plague doctor. 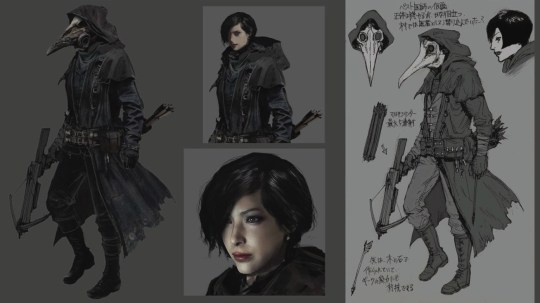 According to the captions, an early story idea would have involved Ada disguising herself to sneak into and investigate the village, eventually rescuing Ethan at some point.

Had Capcom gone through with this, her cameo appearance would’ve definitely become a big talking point among fans. However, the idea was scrapped due to ‘a number of conflicting scenarios’.

It’s possible that there simply wasn’t room to include her, since the game already boasts five major antagonists and deals with both Ethan’s mission to rescue his daughter and Chris’ supposed heel turn after shooting Ethan’s wife.

Plus, Ada as a character is intrinsically tied to Leon, ever since the two first met in Resident Evil 2, as well as the ongoing plot involving Umbrella which seemed to wrap up with Resident Evil 6.

Her making an appearance in Village’s story independent of Leon would’ve been interesting, but it perhaps would’ve existed solely to set up plot points for a future game. With any luck, Capcom will revisit the idea with a future entry, even if it’s not necessarily be Resident Evil 9.

Will Israel be on the green list for Summer holidays?