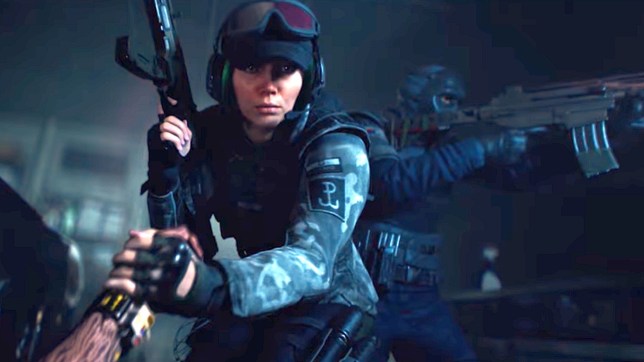 The unavoidable problems caused by the pandemic have made it so that if anything goes wrong with a game’s development for another reason it’s very difficult to tell, but something has definitely been going on with Rainbow Six Parasite.

First announced in June 2019, as Rainbow Six Quarantine, nothing has been seen about the game in public beyond a pre-rendered teaser and yet it’s supposed to be out this year.

You can only speculate as to why there’s been so much secrecy but as ever leaks have managed to fill the gap in knowledge and a lengthy gameplay video has turned up on Facebook Gaming, from an ongoing technical test.

Although we can’t embed the video it’s still live if you click through the link here, even though Ubisoft keep taking it down from YouTube.

The quality isn’t great, and you can see the watermarks in the background that are supposed to stop exactly this sort of leak happening, but it clearly shows the game in action as you fight alien creatures called Archaeans.

That’s not something you’d expect to be doing in a Rainbow Six game but rather than being Rainbow Six in name only the footage shows that several operators from Rainbow Six Siege featured, complete with their established abilities like decoy holograms and unique weapons.

The gunplay seems to be essentially identical and there are also features from Siege like reinforcing walls so enemies can’t break through them so easily, or smashing through them yourself.

The plot seems to revolve around some sort of infection, so the Archaean may actually be mutated humans, with Ubisoft previously describing the game as a squad-based survival first person shooter.

The emphasis is clearly on PvE action and it seems that the game is essentially an expansion of the popular Outbreak mode from a few years ago, which is one of the few times that Rainbow Six Siege has emphasised PvE action.

When Ubisoft will reveal more about the game in public is a mystery but based on the leaked footage it looks pretty close to completion.