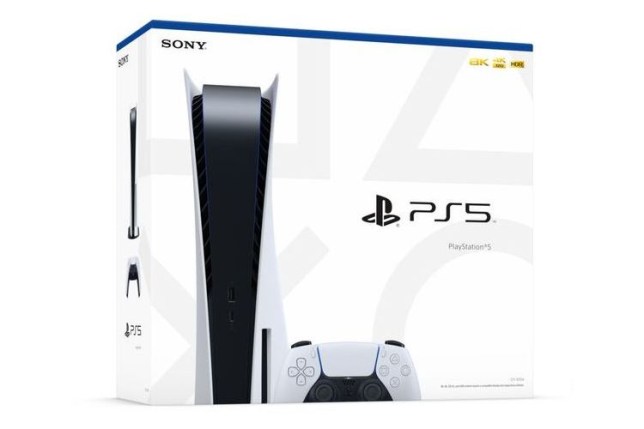 Not only is the PS5 expected to come back in stock this week but there may be more of it too, as scalpers are forced to drop their prices.

It’s become a familiar dance by now: rumours of new stock of the PlayStation 5, and Xbox Series X, circulate and then when it does arrive it lasts for 30 minutes, with most of it being snagged by scalpers.

Odds are that’s what will happen this week as well but Twitter account PS5 UK Stock – Instant Updates suggest that this time might be different, not least because the console is becoming less profitable for scalpers.

Although it does vary greatly, the average price of a PlayStation 5 on eBay has dropped from £755 to £680, suggesting that as more and more people are able to get hold of one the resell value of the console has begun to drop.

When will PS5 stock be available again in the UK?

The prediction for when stock at GAME will be available again has changed multiple times in the last few days but the best guess now is between 9am and midday on Wednesday, February 10.

The same source earlier suggested that GAME, BT and EE would be offering pre-orders on Thursday, February 11, with actual stock arriving the week after.

At least in terms of GAME, that schedule seems to have moved up but stores such as Amazon, Very, and Argos are still not expected to get new stock until February 15 at the earliest.

None of these dates are guaranteed but it does seem as seem as if February is following a similar pattern to previous months, where new stock arrives at major stories once every two or three weeks.

The suggestion that scalping the PlayStation 5 is becoming less profitable is certainly good news, as it will hopefully leave more stock for ordinary customers to pick up.

But the Twitter account also suggests that the stock coming in this month will be a much bigger batch than has previously been the case.

Whether that’s what actually happens we’ll all have to wait and see but February could finally be the turning point in PlayStation 5 availability.

Who is Rafael Nadal’s wife Xisca Perello, when did Australian Open tennis ace marry, and do they have children? – The Sun