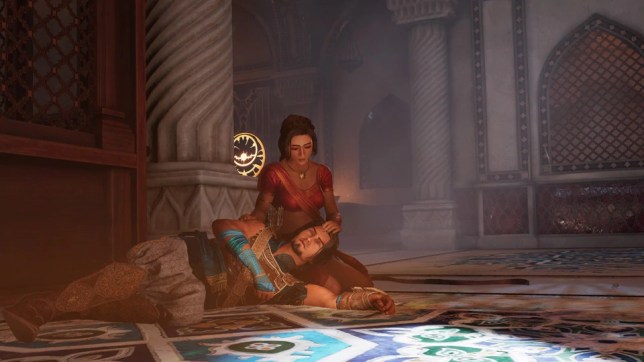 ‘Wake me when my remake’s out, please?’ (Pic: Ubisoft)

After being delayed until March, the Prince Of Persia remake has now been pushed back indefinitely for extra development time.

The highly anticipated remake of Prince Of Persia: The Sands Of Time was originally supposed to have released in January, until Ubisoft delayed it until March 18.

An extra two months isn’t so bad, but now the game’s been hit with a second delay. And this time, there’s no new date to mark in the calendar.

The delay was announced via the official Prince Of Persia Twitter account, with a message from the dev team. It doesn’t explicitly state why the game has been delayed again, although it does say the extra development time will ‘enable our teams to deliver a remake that feels fresh while remaining faithful to the original.’

An indefinite delay like this can be worrying; it doesn’t even suggest that the game will release this year, meaning it could be pushed back to 2022.

However, this could also be a good thing. When the remake was announced, excited fans couldn’t help but notice that the graphics were rather rough around the edges, particularly characters’ faces.

It’s possible that Ubisoft took these criticisms to heart and wants to make sure the game is as visually strong as it can be, especially since it’s the first proper Prince Of Persia game in over 10 years (not counting the 2013 remake of Prince Of Persia 2 and 2018’s mobile game Prince Of Persia: Escape).

The current pandemic is another possible reason for the delay, but you’d think Ubisoft and the team would just admit that if that was the case.

Judging by the general responses on Twitter, fans seem okay with waiting a while longer if it will result in a better game. Some ask, though, that they be kept informed of what’s happening and that news about the game doesn’t just go completely silent.

Prince of Persia: The Sands Of Time Remake will release for PC, Xbox One, and PlayStation 4.

With celebs Dua Lipa, Maura Higgins & more bursting out of barely there swimsuits, we introduce the teeny weeny bikini league