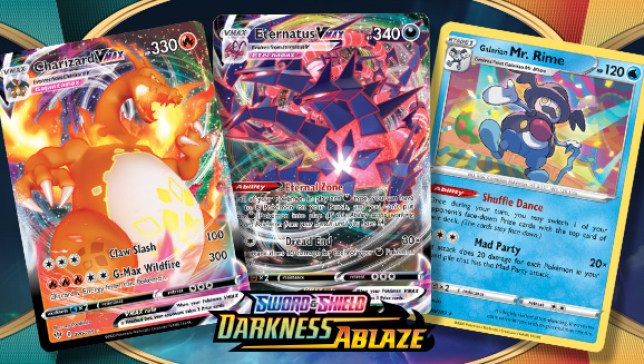 A new eBay report reveals that sales of Pokémon cards were up by almost 600% last year, making them the most popular trading card category.

It’s no secret that eBay has become a hotbed of second-hand sales of the new PlayStation 5 and Xbox Series X/S consoles thanks to scalpers. Back in December, over 60,000 of them had been sold before Christmas and the number has no doubt increased following restocking efforts.

Now it turns out that Pokémon cards have become an incredibly popular commodity on eBay as well, outselling sports and Magic: The Gathering cards to become the most popular trading card category on the website.

According to an eBay report, Pokémon trading card sales increased by a whopping 574% from 2019 to 2020, with iconic creatures like Pikachu, Charizard, and Mewtwo being among the most popular individual cards. One first edition Charizard card from 1999 sold for $350,100 (nearly £253,000).

As for what has caused this growth in overall trading card sales (not just Pokémon), eBay’s general manager of Collectibles & Trading Cards Nicole Colombo points to people looking into new forms of entertainment while stuck indoors due to the coronavirus.

‘Last year saw an industry wide surge in collecting and flipping trading cards due in large part to people staying home and finding new ways to spend their time, turning to cards while there was a lack of sports on TV,’ she said. ‘In addition, new collectors are entering the trading cards space as another avenue of investment to diversify their portfolios.’

Sports business analyst and avid card collector Darren Rovell was asked about the future of the industry and he predicts that the Pokémon trading cards in particular will see continued growth, citing the franchise’s 25th anniversary as a major contributor.

The effects of the anniversary are already being felt, as limited edition Pokémon cards being bundled with McDonald’s Happy Meals have been snapped up by scalpers and are going for obscene prices on eBay in order to capitalise on nostalgia and fan demand.

Collecting Pokémon cards is by no means new, but between the effects of coronavirus and YouTubers like Logan Paul exposing it to a wider audience, its rapid growth throughout last year makes a lot of sense.

Elsewhere, some people are lamenting that they never held on to their original Pokémon cards, since they’d likely be able to sell them for high profits now.

What is Bumble? Here’s five facts you should know about the dating app