Pokémon: Ash finally becomes champion after 25 years of the anime 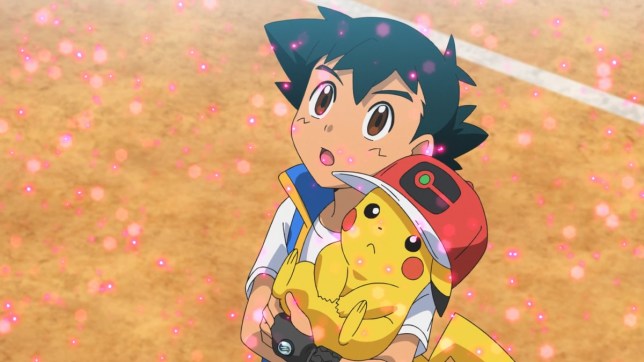 So, can we make this a national holiday? (pic: Bulbapedia)

Forget the World Cup; the real sporting event of 2022 has concluded, and Ash Ketchum has achieved his dream of becoming a pokémon master.

If you were a fan of Pokémon back when it first came out in the 90s, you most likely watched at least a few episodes of the tie-in anime, that centred on Ash Ketchum’s dream of becoming a pokémon master.

The show has run non-stop for 25 years and, barring the occasional tournament win, Ash has routinely failed to achieve his goal, to the point where it became a source of mockery.

Today, that mockery ends as the latest episode of the series sees Ash win the Masters Eight Tournament of the Pokémon World Coronation Series, officially cementing him as the strongest pokémon trainer in the world.

The episode is currently only available in Japan (it will be dubbed in English at some point), but news of Ash’s victory quickly spread online, with the official Pokémon Twitter account even announcing it.

For context, Ash had already defeated Steven and Cynthia (the champions from Pokémon Ruby & Sapphire and Pokémon Diamond & Pearl respectively) and, for the finals, faced off against Pokémon Sword & Shield’s champion Leon in a six-on-six battle.

The battle lasted over the course of four episodes, with Ash’s team consisting of Dragonite, Gengar, Lucario, Sirfetch’d, Dracovish, and, of course, his mainstay Pikachu.

Naturally, it was Pikachu that took the win, taking down Leon’s Charizard in one last, desperate clash.

Diehard fans of the show will be quick to point out that this isn’t Ash’s first tournament win. He previously won the Orange League during his trip to the Orange Islands and, more recently, the Alola League during the season based on Pokémon Sun & Moon.

You can easily find fans celebrating Ash’s win on social media, as well as clips and images from the episode circulating online, including one where Pikachu hallucinates all of Ash’s pokémon throughout the entire series (including ones he released or gave away) motivating him to get back up and defeat Leon’s Charizard.

Best anime episode of all time

He’s come such a long way since then 🥹 pic.twitter.com/Nv5Or9FknM

With a monumental goal 25 years in the making achieved, the next question is what happens next? The anime will undoubtedly continue, with the next season presumably based on the upcoming Pokémon Scarlet & Violet.

However, will Ash remain the main character? With his lifelong goal achieved, what else is there for him to accomplish? Fans have long suggested that Ash should be retired and that a new protagonist should take his place, and it’s never felt more appropriate than now.

It’s probably unlikely; Ash has become too iconic a figure for the anime and any potential replacement would have weighty expectations to meet.

Whether Ash’s adventures continue or end, it won’t change how significant and monumental today’s victory is for the franchise and the fans.