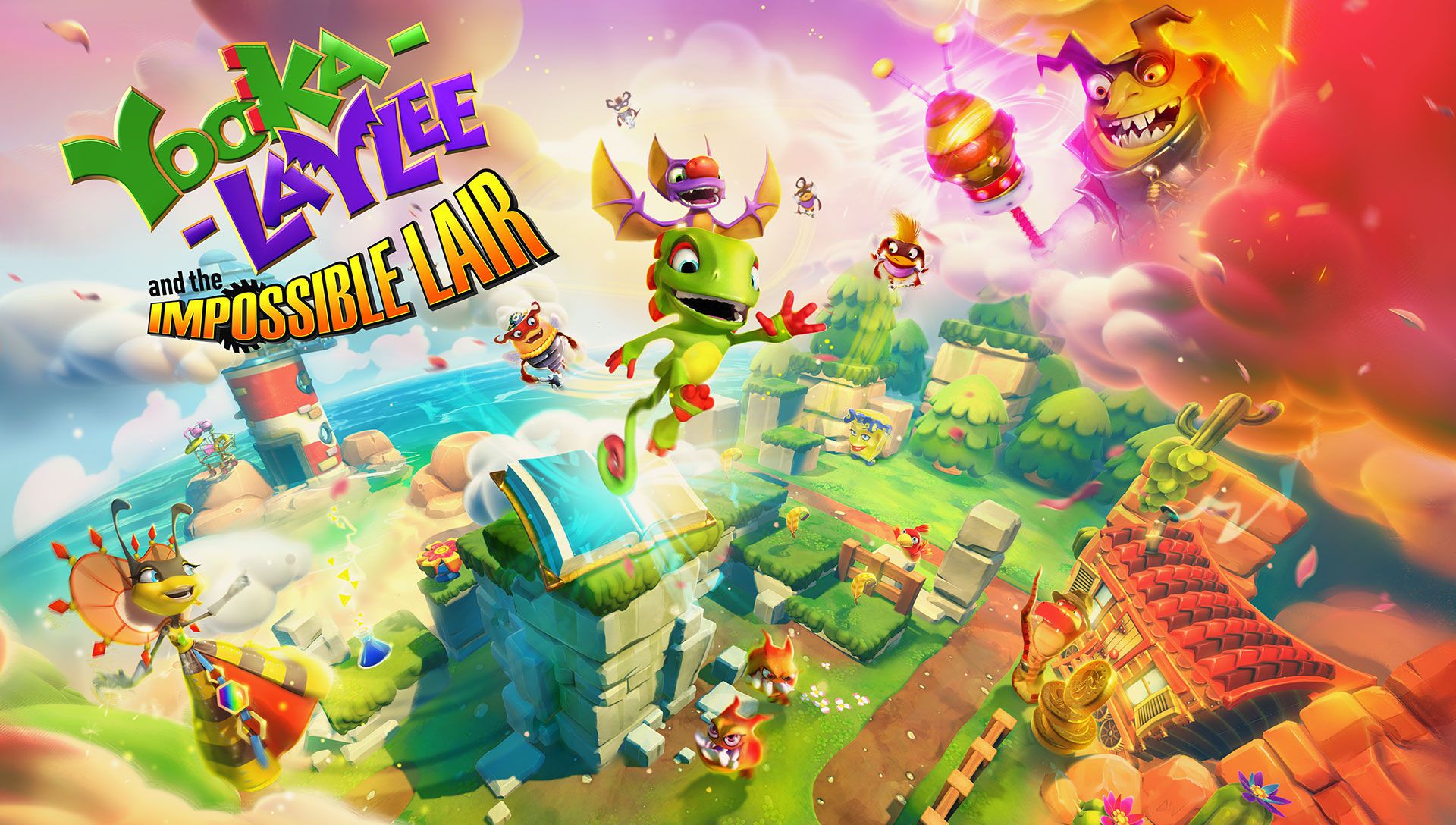 Yooka-Laylee developer Playtonic is celebrating its sixth birthday with a hint at some kind of retro remake or spiritual sequel.

It’s been six years since former Rare members banded together to open their own studio, Playtonic Games. Since then, the studio has released two games: Yooka-Laylee and Yooka-Laylee And The Impossible Lair and it sounds like it’s not slowing down anytime soon.

As today marks Playtonic’s sixth birthday, the studio has announced that it is launching its own publishing label called Playtonic Friends and will be partnering with studios to help launch their games.

It already has the first lot of games to be published under the new label in the works from three different studios. Those studios are Awe Interactive (Bullets Per Minute), Fabraz (Slime-san), and okidokico (OK Golf), with the games themselves to be announced at a later date

‘While everyone at Playtonic has dreams of recreating Scrooge McDuck splashing around in his pool of cold, hard cash, in reality our motivation for setting up Playtonic Friends was to take what we’ve learned about producing & releasing video games and use it to aid developers of a like mind looking for a fruitful route to market,’ says business development manager Steph Darrah.

Playtonic has also assured fans that it will continue to make its own games. In fact, it’s already teasing a top secret new title.

In a video announcing the label, CEO Gavin Price mentions ‘so many surprises still to come,’ but the video glitches out just as he says what they are, obviously to hide their identities.

The audio during the distortion sounds like the noise made by a ZX Spectrum loading and the graphics that briefly appear also seem to be from an old Speccy game.

Which one seems impossible to tell but it all harkens back to Rare’s past as Ultimate Play the Game, implying that whatever the game is, Playtonic are creating some kind of spiritual sequel.

It’s probably not an official sequel, since those games are still property of Rare (some of them were even included on the Rare Replay collection), although there is a chance Microsoft could have tapped Playtonic to work on them.

The safe assumption is that the next project is another Yooka-Laylee game (Twoka-Laylee?), with some fans expressing hope for a racing game spin-off similar to Diddy Kong Racing, which is regarded as another Rare classic.

The previous Yooka-Laylee games were published by Team17, but Playtonic could very well start publishing future entries itself.

There have been rumours of Playtonic collaborating with Microsoft to make a new Banjo-Kazooie game or Microsoft outright buying Playtonic, but Playtonic itself has said that isn’t happening.