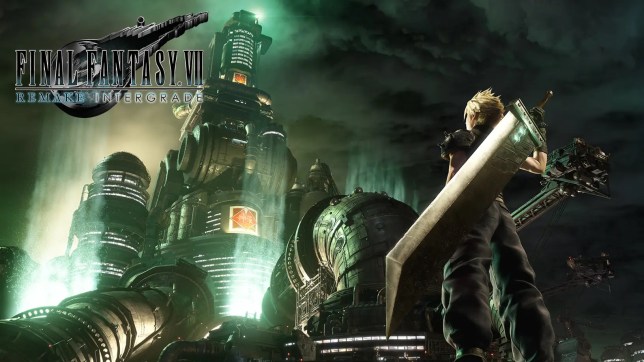 Missed the State of Play? Here’s a quick run down of all the PS5 and PS4 trailers and announcements from last night.

Just a few days after the first Nintendo Direct of 2021 Sony has run its own equivalent, with a new State of Play full of new announcements and updates.

Although there were a few new titles, including the surprise announcement of a PlayStation 5 version of Final Fantasy 7 Remake, the majority of games featured had been announced previously.

So, just in case you missed it, you can check out all the trailers and a quick summation of what was shown below.

Things started off slow with some new details for Crash 4’s PlayStation 5 version. The upgrade has everything you’d expect: native 4K at 60fps, faster load times, and it will take advantage of PlayStation 5 exclusive features like the adaptive triggers and activity cards. The latter of which should make 106% completion slightly easier.

The game will release March 12 for PlayStation 5 and will be a free upgrade for anyone who owns the game already on PlayStation 4. Which is surprising as it’s the first Activision game to not charge players to do so.

Next was a sneak peek of Returnal, the sci-fi action game that was among the first batch of PlayStation 5 exclusives to be revealed. It was short, but the new gameplay gives a better idea of what to expect.

As astronaut Selene, you crash land on a strange alien planet and every time you die, you go back in time to the point where your ship crashed. Action is fast and frantic and clearly draws on developer Housemarque’s history with 2D shooters such as Resogun and Nex Machina.

The game also functions like a roguelike, as every time you die the map will change and enemies will appear in different places. Returnal launches for PlayStation 5 on April 30.

This one was first shown at the last Nintendo Direct, but here you get a proper look at the gameplay. It’s essentially another team-based multiplayer game like Overwatch but instead of guns you battle using dodgeballs.

This new trailer gives a better impression than it did at the Direct, detailing some of the modes and promoting the console cross-play beta. That will run from April 2 to April 4 and, aside from the PlayStation 4 and 5, will be available on Xbox Series X/S, Xbox One, and Nintendo Switch.

The full game comes out for the aforementioned platforms and PC on May 21.

The only genuinely new game during the livestream, although there was no explanation for what it is beyond what you could make out from the trailer. Very clearly influenced by the corridor scene from Oldboy, the trailer shows the young lead visually aging as the game progresses – for some reason.

The combat seems similar to the same developer’s Absolver, with similarly stylised visuals. Like all the games in the livestream it’s due for release this year, on PlayStation 4 and PlayStation 5.

The new game from the makers of Hyper Light Drifter, Solar Ash looks great but also very similar to PlayStation 5 launch game The Pathless – in terms of both the visuals and the fast-paced gameplay. Although that’s almost certainly just a coincidence.

While the world looks big, main character Rei is fast and fluid; traversing by skating across the ground and clouds or on the back of the Shadow Of The Colossus style boss creatures.

This was another already announced game, but the new trailer reveals that it is quite different from previous entries in the Five Nights At Freddy’s franchise.

Rather than being locked in one location and managing security cameras to protect yourself from the living animatronics, Security Breach appears to be a full-on adventure game, putting you in control of a young child as they try to escape a nightmarish shopping mall.

Expect plenty of reaction videos from content creators once it comes out later this year for PlayStation 4, PlayStation 5, and PC as a three-month exclusive before releasing on other platforms.

Although it seems to have been in development forever, Oddworld: Soulstorm finally got a release date during the State of Play, where it was looking as impressive as ever.

While protagonist Abe retains his abilities to lead and instruct the people he saves. and possess enemies to take control of them, he will also now be able to craft new items on the fly as he chooses to use more aggressive or pacifist tactics.

Much like its announcement trailer, the trailer still didn’t really explain much but despite technically being an indie title this is looking like one of the most impressive games on the PlayStation 5.

Early suggestions compared the game to Pikmin and while there still seems to be an element of that, the new trailer also shows it to be a third person action adventure not dissimilar to something like Horizon Zero Dawn, at least in terms of the abilities of the main character.

Kena: Bridge Of Spirits will launch on August 24 for PlayStation 4, PlayStation 5, and PC.

There wasn’t much new information for this new game from Dishonored creators Arkane Studios but there was a new James Bond style theme tune, which sounded great. Like Returnal, the main character is caught in a Groundhog Day style time loop, although in this case he’s also being hunted by a fellow assassin as he tries to escape.

Deathloop releases for PlayStation 5 and PC on May 21, with it likely releasing on Xbox the following year.

Chances are you already know about this one, as it’s easily the biggest announcement from the presentation. Long story short: the game is receiving a PlayStation 5 version that’s a free upgrade for PlayStation 4 owners. It will also release alongside an exclusive DLC side-story centred around ninja girl Yuffie. Both the upgrade and Yuffie DLC will release worldwide on June 10.

Overall, there weren’t many surprises during the livestream, but if Sony hadn’t said there’d be new announcements, few would have expected them. Even so, what was shown all looked very good and it’s just a shame the positivity has been overshadowed by the news about Sony’s Japan Studio.