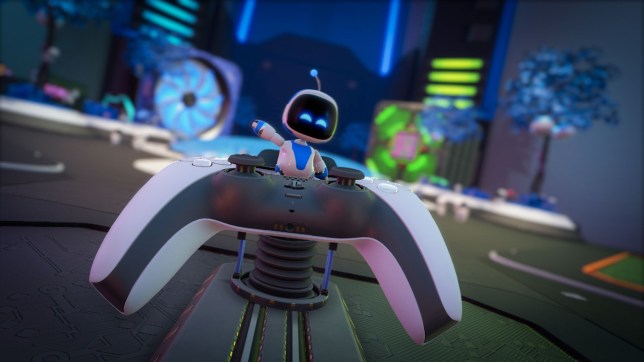 Hope you like Astro Bot because that’s all you’re getting (pic: Sony)

Sony’s Japan Studio has lost yet more talent due to its restructuring, but the good news is many have set up their own studios.

Many are mourning the downsizing of Sony’s Japan Studio, which was responsible for creating many beloved PlayStation classics across its nearly 30 years of business, from Ape Escape and PaRappa the Rapper to Tokyo Jungle and Gravity Rush.

Technically, the studio isn’t being closed but is instead being reorganising around the existing Team Asobi, so that it can focus all its efforts on making more Astro Bot games. But that means Sony as a whole seems to have undermined its own ability to make new first party Japanese games.

As a result, numerous key staff members at Japan Studio have left en masse, with some of them establishing their own studios to make games that just may fill the void Japan Studio is leaving behind.

The first to go (or at least the first publicly known departure) was Keiichiro Toyama, the creator of the Silent Hill and Gravity Rush series, who has since set up his own studio, Bokeh Game Studio, to create a brand-new horror game.

He also took Junya Okura and Kazunobo Sato with him, who served as lead designer on the Gravity Rush games and lead producer on The Last Guardian, respectively.

Not long after that, Bloodborne producer Teruyuki Toriyama announced his departure. Rather than join Toyama at Bokeh, Toriyama confirmed he would be making games at his ‘new company,’ but so far nothing has been revealed.

A couple of months later, two more Bloodborne staff members, Masaaki Yamigawa and Ryo Sagabe, said that they had left the studio as well. Both stated on Twitter that they will continue to make games, with Sagabe’s Twitter handle saying that he is now creative video manager at CLE inc. and his bio linking to the company’s official website.

I have a information.
I will leave from SIE JAPAN Studio at the end of Feb.
Rather than working, I’ve been playing with PlayStation and videos for the past 14 years.
I will continue to play new challenges in the new company to bridge between game and video.
Thanks. #JAPANstudio

And then in mid-March, Masami Yamamoto, another Bloodborne producer who had been with Sony for 25 years, revealed over Twitter that he had retired from the studio at the end of February.

Yesterday, on April 1, he announced that he too had formed his own studio, called Epigrasm, promising that it wasn’t an April Fool’s joke. He shared no details about what sort of games he’s working on next.

With Japan Studio’s restructuring starting on April 1, several staff members announced they had left that day or the day before. Kentaro Momota, whose credits include role-playing games like Dark Cloud and the Wild Arms series, said he was retiring from Sony entirely, although he says he will continue to produce games in the future.

Then there was Shunsuke Saito, a character designer and animator for Gravity Rush and its sequel. He shared a brief message on Twitter about his departure and didn’t say anything about what he would be doing next.

And finally there’s Gavin Moore, the director of the Demon’s Souls PlayStation 5 remake and 2013’s Puppeteer for the PlayStation 3, who ends a 24-year career at Sony and is now seeking new opportunities.

After 24 years at Sony and 18 of those in Japan, yesterday was my last day at #JAPANStudio. I will miss the great creative spirit and camaraderie of the studio that was a huge part of my life. Time to seek out new and exciting opportunities!! pic.twitter.com/XOW0XytYd4

All in all, that’s 10 key staff members to leave Sony and those are just the ones we know, as it’s been previously reported that a vast majority of staff has been let go already.

Many of them plan to continue to make games, but there’s no denying that this is a sad way to end an era.