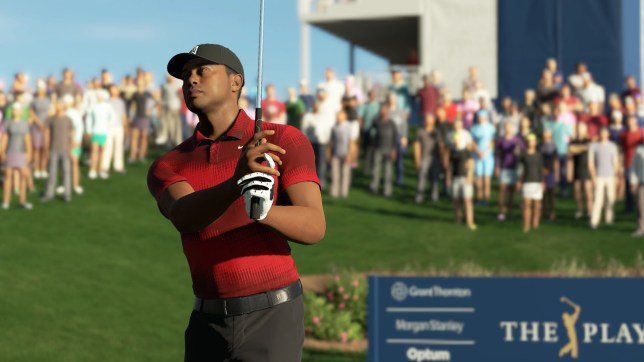 2K resumes its use of the PGA Tour licence but is its golfing action good enough to get it to the top of the leaderboard?

We’ve become accustomed to 2K Games’ sports games conforming to a certain type: big, bold, expensive-feeling, and generally in your face. However, PGA Tour 2K23 isn’t like that at all. In many ways it has a slightly homespun feel, despite bearing the official PGA Tour licence (once possessed by EA Sports).

There are two reasons for that: one being that golf is a much less brash sport than, say, basketball or wrestling. But the main explanation lies in the identity of the developer, HB Studios, which was only recently pulled into 2K Games’ orbit and which originally achieved prominence via its game The Golf Club.

The Gold Club was most notable for its startling simulation of the physics of golf and in that respect, PGA Tour 2K23 is impeccable. Every bump you hit on a fairway will send your ball deviating in the most realistic manner imaginable, and everything that happens when you set your player up to address a new hole comes across as utterly convincing. But elsewhere, you come across issues which are hard to ignore, although they are mixed, curate’s egg fashion, with some good ideas and features.

As as an example, despite the PGA Tour licence, the selection of golf courses manages to disappoint: there are 20 US courses but iconic ones like Augusta are missing. You can play as 14 male or female pros, and the roster includes cover star Tiger Woods and, oddly, Michael Jordan, but given how many pros play on the PGA Tour, you might expect more.

On the plus side, it includes Topgolf – the target-shooting game for those whose golfing skills are questionable, which is quite fun – and the Career mode is well structured, so that completists can start their journey in the Q School, the feeder Korn Ferry Tour series, or plunge straight into the PGA Tour itself.

There’s an innovative role-playing style character development aspect, too, which lets you improve your character’s individual golfing attributes, as well as to construct a bag full of super-clubs via their individual components. These add specific buffs to your game, which even give you the ability to alter your play style slightly, according to the demands of specific courses.

Depending on how invested in golf you are, you will see the involvement of a welter of brands (typical for a 2K game) as a good or a bad thing, but at least PGA Tour 2K23 doesn’t constantly tempt you towards spending real money on its Clubhouse Pass. You can, naturally, design your player’s appearance and inveterate tinkerers will love the presence of a course designer, but this isn’t the microtransaction hellhole of NBA 2K.

Once you jump into play, you’re quickly reminded of the game’s inconsistences. The music, for example, is heinous – overblown orchestral tosh which should never have been allowed out of an elevator. And the commentary is no better: bland, personality-free and quite often at odds with what you’re seeing on the golf course. That contributes to a general lack of the sort of excitement you see when watching real-life PGA Tour events on the TV. Atmospherically, it’s flat as a pancake.

Which is a shame, since the actual golf in PGA Tour 2K23 – the fundamental basis of any golf-game – is pretty impressive. You can choose between two control systems, using the analogue sticks to approximate the intricacies of a golf swing (which the game manages as well as any of its peers ever has) or use a new variant of the familiar button-pressing control systems which uses three clicks. Or to be precise, press and hold to set the power of your shot, followed by two further clicks to ensure that you don’t shank your ball and that you hit it perfectly flush. 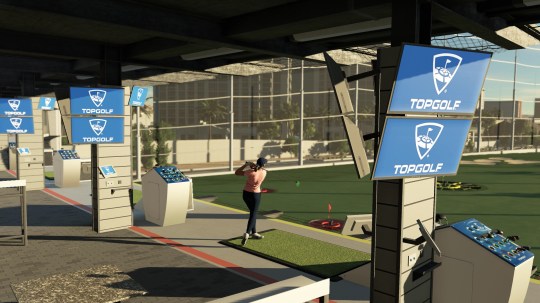 Different players will have different opinions, but we loved PGA Tour 2K23’s three-click system: it feels less automated and more skill-based than other button-pressing golf game control systems. And it’s backed by an exemplary set of modifications which allow you to adjust all manner of subtleties as you set up each shot: dialling in fade or draw, going down the shaft to improve backspin, and selecting trick shots like splashes or punches.

You can take on friends online or via couch-play, with minimal fuss, which is good. But there is one aspect of the actual golfing which you do have to keep an eye on: the putting, which is extremely, realistically, hard. The game will frequently suggest putting weights which send you sailing past the flag, and, given how difficult it is, it would have been nice to get a bit more information about contours and distances than is provided.

One final, dubious, aspect of the game lies in its graphics. There’s a disparity between the rendering of the courses, which look simply sumptuous, especially on the next gen consoles, and that of the players, whose texture work is unimpressive. It doesn’t impact gameplay, but it does jar slightly, especially if you compare it with the phenomenal character rendering found in the likes of NBA 2K23.

Hardcore golf enthusiasts may well be able to overlook PGA Tour 2K23’s myriad small failings: it gets the fundamentals absolutely spot on and lets you lead a vicarious life as a golf pro from first principles, in a convincing fashion. But by the exacting standards set by other 2K sports games, it exhibits frequent signs of shoddiness, and generally lacks the sort of polish we’ve come to expect from them. In pure golfing terms, it’s a good game but lapses in detail mean that it can be difficult to perceive it as such.

In Short: The basics of gameplay work tremendously well, but the game is bogged down by too many niggling faults and the sense that it’ll take until at least next year to fulfil its potential.

Cons: Small pro-player roster and poor character rendering. General lack of polish and lacking some of the best US courses. Appalling music, lacklustre commentary, and an oddly flat atmosphere.