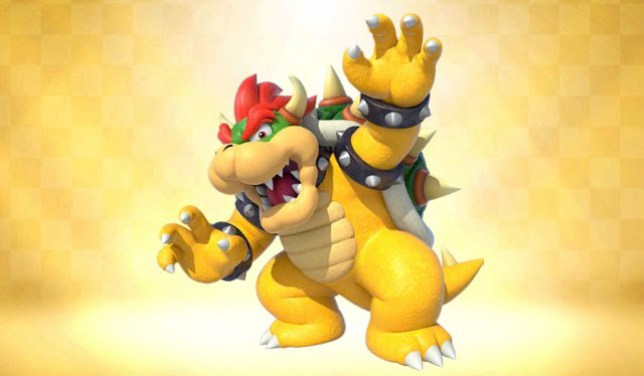 Nintendo forcing fan artwork and homages off the internet isn’t exactly unusual, but the subject of the latest copyright claim certainly is.

The same is true for Nintendo properties, especially in the wake of 2018’s Bowsette fad, but the latest attempt to push the Mushroom Kingdom into NSFW territory has been nixed by both Pateron and, apparently, Nintendo.

The issue in question is a bizarrely realistic looking 3D model of Bowser’s penis, which ‘adult modeller’ AkkoArcade posted on his Pateron account.

According to Daily Dot (do not click that link unless you want to see an ultra NSFW image of Bowser’s John Thomas) the 3D model was to be used in an animated video which… is something AkkoArcade’s fans pay for.

AkkoArcade claimed on Twitter that the image had been taken down from Pateron thanks to a copyright claim by Nintendo, which they seem almost proud of.

There’s some uncertainty over whether it was Nintendo themselves that caused the copyright strike or someone pretending to be them, with AkkoArcade also suggesting that it could simply have been a bot that found and flagged the image based on its name.

We’ve asked Nintendo for comment (that was a hell of an email) but understandably they’ve yet to reply.

Naturally, images of the appendage in question were quickly shared across the internet, as soon as fans found out it had been deleted – so do be extra careful with your Google image searches from now on… 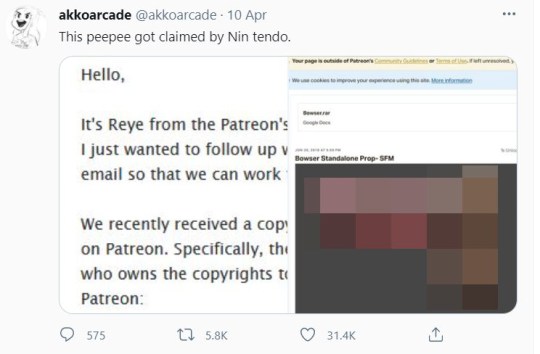 Trust us, this is the most you want to see (pic: @akkoarcade)