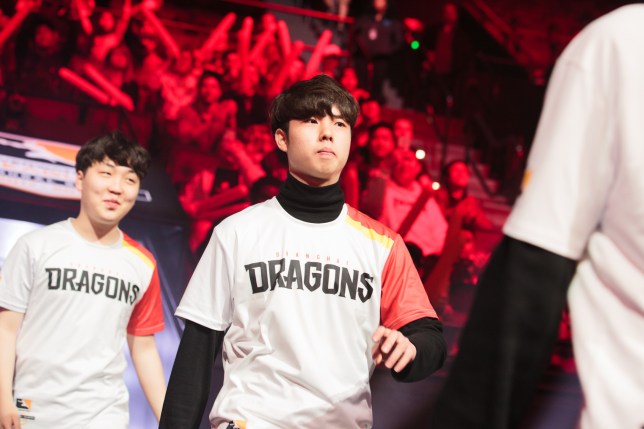 Fearless has spoken out after just a few months in Dallas (Picture: Robert Paul/Blizzard Entertainment)

Professional Overwatch tank player Eui-Seok ‘Fearless’ Lee has spoken out on the racist incidents and harassment that he and his teammates have been barraged with since relocating to Texas to play for Envy Gaming’s Dallas Fuel.

Fuel’s Overwatch League roster is made up of eight players and three coaches, all of whom hail from South Korea. Speaking on his own Twitch stream, Fearless revealed that the group have been targetted outside and around their training headquarters.

The Twitch clip was translated by Florida Mayhem manager Jade Kim who posted the translated version onto social media.

but here’s the full translation of that Fearless clip.

please see some of what OWL players and staff are facing as Asians in America. pic.twitter.com/LZWvnRkuAx

‘Being Asian here is terrifying, seriously,’ Fearless explains. ‘Americans will come up to us and there’s even people who cough on us. They’ll walk up, take off their masks then pretend to cough on us. The racism here is unspeakable.’

The pro player mentions that these incidents are happening quite regularly and he intentionally tries to wear his Dallas Fuel jersey when he is outside as he believes he faces less harassment if people realise he is part of a team.

Team Envy founder and chief gaming officer Mike Rufail has since published a video of his own to condemn the hate and reassure fans that the organisation is trying to help settle the players in: ‘The players that we have are already near and dear to my heart, even though we’ve only had the roster for a few months.

I am deeply saddened by the situations some of our @DallasFuel players have been put in while walking the streets here in Dallas, TX. This is a great city in a proud state. This isn’t something we should be proud of at all and should all pitch in to change it. pic.twitter.com/Sq7MGlco50

‘We’ve done everything that we can to make our players feel comfortable, safe and secure here in Dallas. This is one of those situations where you feel so helpless, it’s out of your control.’

Despite that, Rufail claims that Dallas as a whole is an accepting city and the residents will cheer for the team when crowds are allowed back in stadiums.