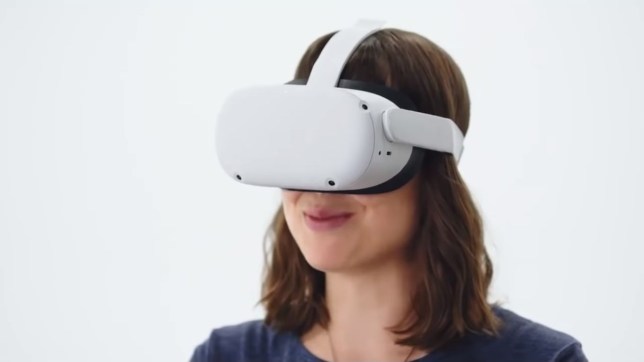 Oculus Quest 2 – about to get even better (pic: YouTube)

The Oculus Quest 2 is about to get some major new features, including native 120Hz support and a virtual office for working from home.

Oculus Quest 2 is already easily the best non-PlayStation VR headset, for anyone but the super-rich, and it’s about to get even better.

At the moment you can use the Oculus Quest 2 with your PC but it has to be connected by a special cable, unlike when you use the headset on its own.

The new Air Link feature will make the connection to the PC wireless, although when it’s launched later this month it’ll only be in beta and you’ll have to manually switch on the option.

You’ll also need a high-speed router for it to work, with your PC sat right next to it, as the amount of information being passed is pretty extreme, which is why a cable has been needed up till now.

‘We’ll work to improve Air Link over time, including performance, visual quality, and the ability to run in less than ideal wireless scenarios,’ says Oculus on their blog.

Also coming soon is 120Hz support, although that too will only start as an option in the headset’s Experimental section.

While 120Hz is viewed as an extravagance for console games it’s far more important when it comes to VR, where a smooth display is vital for maintaining the sense of immersion.

Finally, there’s Infinite Office, which is aimed at making it easier to work from inside a VR space. This will include being able to pair a Logitech K830 keyboard to the headset and superimposing a virtual desk onto your real future, to use things like the browser.

The Oculus Quest line has been a big success for Oculus, with a relatively low price point and plenty of software support.

The only problem so far has come from the fact that they’re owned by Facebook, who now insist you have a Facebook account to use the headset – something that has led to headsets becoming unusable if you happen to be banned from Facebook.