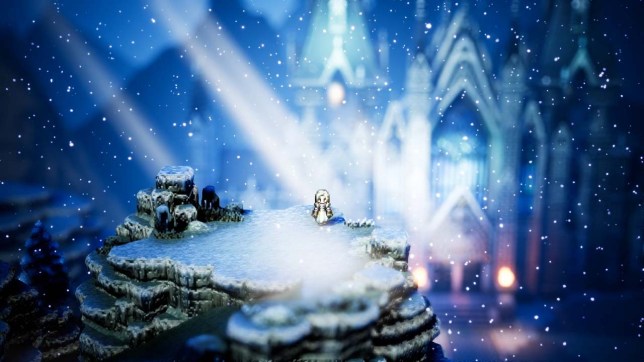 Microsoft’s spending spree for Xbox Game Pass is far from over, as former Switch exclusive Octopath Traveler and Yakuza 6 are confirmed.

Signing up a big budget game like Outriders to be a Game Pass game from day one cannot have been cheap, but Microsoft clearly has plenty of money left in its war chest, as it’s also signed up another Square Enix game in the form of Octopath Traveler.

The retro styled Japanese role-player was originally released as a Switch exclusive in 2018, before appearing on PC in 2019, Stadia in 2020, and now Xbox One from March 25. There has so far been no hint of the game appearing on PlayStation 4 or 5.

Announced at the same time is Sega’s Yakuza 6: The Song Of Life, formerly a PlayStation 4 exclusive but now also coming to Xbox One and PC on March 25.

That’s all on top of cult classic Undertale which was released for Game Pass today and marks the first time the game has appeared on an Xbox format.

Of course, all this is in addition to 20 Bethesda games being added to Game Pass, now that Microsoft owns the company, with all future games destined to end up their automatically.

Game Pass was already great value but Microsoft’s new additions are beginning to put increasing pressure on Sony who really have no equivalent for the PlayStation, beyond the poorly curated PS Now.

After Undertale the next big update to Game Pass comes on Thursday, March 18 with Empire Of Sin (Xbox and PC), NieR: Automata (PC), Star Wars: Squadrons (Xbox), and Torchlight 3 (PC) all being added at the same time.

Team17’s Narita Boy will be added for all formats on March 30 and then Outriders the day after.

It is a two-way street though and Journey To The Savage Planet, Machinarium, and Hyperdot will each be leaving Game Pass later this month.