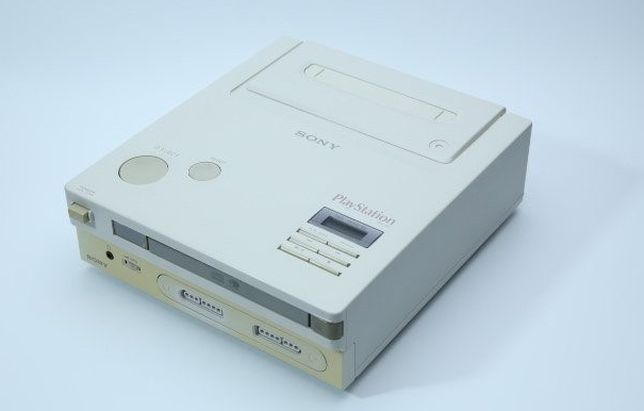 The Nintendo PlayStation was a sure bet at one point (pic: Terry Diebold)

A reader makes the point that video games have never been predictable and that definitely includes the current console war.

Who is looking forward to getting their hands on the new Nintendo PlayStation? Not many people. After all, the product doesn’t exist. But in the world of counter-factual thinking, the paths that could have been taken, this was a real possibility. The original PlayStation was to be formed through a bromance between Nintendo and Sony. After being unpleasantly discarded by the Mario maker, the latter company bulldozed its way into the games scene.

There wasn’t any obvious reason, at the height of their fame, to think that Sega would shrink back from the console market. Or that Atari would launch a new computer, only to abandon their loyal customers purchase a year later.

The point I’m making is that the games industry is more than capable of throwing up surprises. Yes, we’re going to get truncated loading times and super visuals. But beyond this, the digital crystal ball has clouded over. The history of this industry warns against confident assertions. 18 months ago no software stalwart was planning on how a pandemic would affect their business model. COVID-19, somewhat ironically, sounded like a cough medicine.

While souped up hardware does give a more expansive set of opportunities, it’s not all about the gadgetry. I think the author Tristan Donovan, in his book Replay, warns against this idea.

In the days of the Commodore Amiga, an exciting new genre of game emerged. Not just a new title, but a new type of game world. Lemmings had arrived. You had to guide your simple-minded mammals across a forbidding landscape.

Lemmings is a good case in point. Firstly, it was never meant to be a game. Just a bunch of programmers playing on an art package. My second point is more interesting: the game didn’t really happen because of 16-bit technology. It was ported quite well to the ingrained 8-bit market. Hypothetically, the game could have been made years before its actual debut.

Sometimes it takes time for a new idea to gain traction. Today we are aware of user-generated content. From PC modding to Doom level designers. Media Molecule even put out a 3D game and art creation kit for the PlayStation 4. Rather amazingly, this concept dates back before the days of home computing. Richard Stanton, in A Brief History of Video Games, refers to a funny little title called Mouse in the Maze. This featured user provided content… and it was made before 1960.

Stanton also makes another valuable point we need to bear in mind. The Game Boy was not a better machine, per se, than its competitors. But its retail value and lower battery guzzling made it a success. More advanced tech doesn’t always mean higher sales.

Motion gaming probably took many by surprise. Whatever the limits of the Wii, it opened up a more interesting experience. Modern controllers, while not beyond prediction, are not a completely obvious evolution. Back in the 80s, people didn’t have analogue controls and haptic feedback. I’m not saying it came from nowhere. But it wasn’t an obvious idea.

We can all speculate about the console wars. I think it’s too early to make predictions about both the consoles and the software. The rich history of this field almost assures us of a few surprises. What if this isn’t the case? Well, I for one will be surprised!