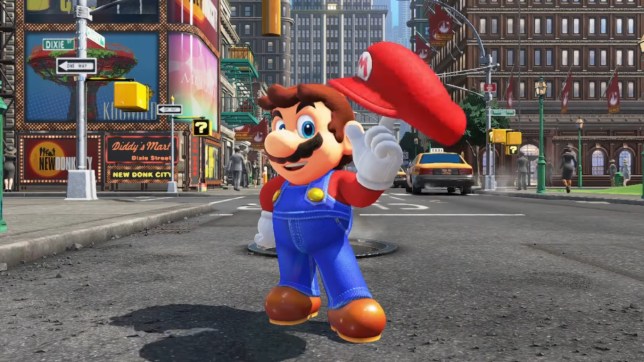 Should Nintendo and Sony team up? (pic: Nintendo)

A reader argues that Sony and Nintendo should team up in order to pool resources and keep themselves in the game against Microsoft.

We all know the Nintendo Switch is doing well but I don’t think I was the only one to be shocked to find out exactly how well it’s been selling since it came out four years ago. It’s already sold better than the Wii, and every other Nintendo home console, and broke the record for the most profitable year for any video games company ever. In terms of sales and reviews its exclusive games line-up is already second to none and the console’s still got at least three or four years left in it.

Nintendo has been in the games business (in any business) longer than any other company out there and yet ever since the internet has existed every gamer thinks they know best how to run Nintendo’s affairs. That isn’t to suggest Nintendo doesn’t make mistakes – this is not a company that tends to do things by halves and when they mess up they do it big time.

Sometimes Nintendo’s ideas are just plain stupid, and that’s why they fail, but other times the risk of trying something different pays off massively. So now the Switch is going to end up as one of the best-selling console of all time, despite barely releasing any new exclusives in the last two years. And that won’t stop all those ‘Nintendo are doomed’ memes for even a second. Despite the fact that Nintendo regularly chart higher than Sony in terms of the most valuable companies in Japan.

There’s two ways of running a games business going on at the moment. One of them revolves around subscriptions like Game Pass and the other is the old-fashioned way of just buying games when you want them. Sony has been criticised for sticking to the old ways but more and more it becomes obvious that what they’re actually doing is trying to be like Nintendo, but with games aimed at an older audience.

How much this is intentional I couldn’t tell you, but the fact is the reasons you buy a Nintendo and Sony console are now pretty much identical: because they have great games and you trust that they’ll have lots of them over the course of a console’s life. Maybe that’ll be the case eventually for Microsoft but I think it will be a long time coming. At least, I don’t know anyone that would buy a console just to play the next Bethesda game.

I find this fascinating because previously it always seemed like Sony and Nintendo were worlds apart, with Sony always keen to appear more mature and not just for kids. But now they are united in terms of business plan and enemy, so… why not join forces?

Everyone keeps saying that Microsoft’s secret weapon is its wallet, but it’s not infinite and gaming is still a minor part of its overall business. One that’s never really proven itself in terms of either profit or market leadership. If their bank balances were the same size as Sony or Nintendo’s they’d have given up long ago, but if Nintendo and Sony team-up that advantage is taken away.

Nintendo and Sony are surprisingly similarly sized companies too, despite Nintendo not doing anything other than make games. Nintendo does top Sony in terms of the most valuable company, but Sony has a bigger market capitalisation – although the numbers are still similar in both cases. In other words, it doesn’t really matter who buys who, as long as it’s an amicable merger and not a hostile takeover.

Would it happen? Normally you’d say only if one of them got into real trouble but maybe if Microsoft started to become really dominant with Game Pass and xCloud, that might also be a reason. Money’s the only way to make a comeback against Xbox spending its way to victory and the Japanese games industry is full of mergers, from Square Enix to Bandai Namco. Nintendo Sony, or PlayStation Nintendo, might not seem very likely but stranger things have happened in business.