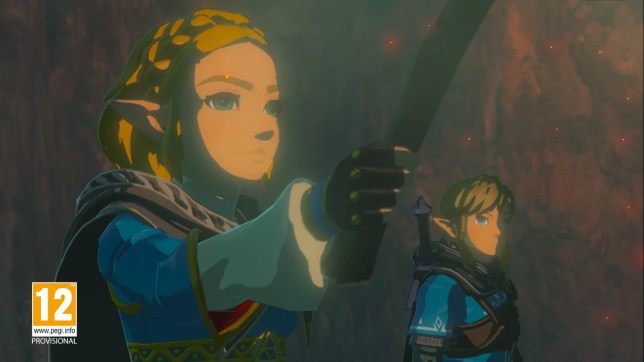 Zelda: Breath Of The Wild 2 – will it be mentioned? (pic: Nintendo)

An almost hour long Nintendo Direct is scheduled for this week and will feature Super Smash Bros. and new games for the next four months.

It’s been so long since the last Nintendo Direct it wasn’t clear whether Nintendo were even doing them anymore, but the first one of 2021 is going to take place on Wednesday, February 16 at 10pm GMT.

Nintendo’s announcement is very circumspect about what will be covered but it promises, ‘roughly 50 minutes of information focused on available games like Super Smash Bros. Ultimate and games coming to Nintendo Switch in the first half of 2021’.

The use of the word focused doesn’t completely rule out something further off than June, so while big names like Metroid Prime 4 and Zelda: Breath Of The Wild 2 are unlikely they’re not entirely impossible either.

It’s virtually guaranteed that some new games will be announced as Nintendo currently doesn’t have many others scheduled, only New Pokémon Snap, Monster Hunter Rise, and Bravely Default 2 – none of which are developed by them.

Previously, Nintendo has proven very keen on announcing games and releasing them the same day as a Direct, and while that tends to be only indie titles it can include lower profile retail games as well.

The best bet in these situations is always to assume less rather than more though, to avoid disappointment, but it’s the 35th anniversary of The Legend Of Zelda on Sunday, February 21 and considering what a fuss Nintendo made about the 35th anniversary of Super Mario Bros. it seems certain they’ll announce something – even if it’s a relatively low effort compilation.

That’s exactly what’s been implied by recent remaster rumours but we’ll just have to wait and see. That goes double for Breath Of The Wild 2, which will probably get a brief mention at best.

What else might be announced is a mystery but it also happens to be the 40th anniversary of Donkey Kong (and therefore also Mario) in July and the 35th anniversary of Metroid in August. Although since those dates are both the second half of the year we may not hear anything on those franchises even if something is planned.

There is also the recent rumour about Resident Evil Outrage being a timed Nintendo Switch exclusive, which may well get announced, if it’s true, as Resi’s 25th anniversary is March 22.

The only thing we know for sure will be announced is more information on Super Smash Bros. Ultimate, which presumably means the next DLC character – although you’ll note Nintendo doesn’t promise that.

There haven’t been any new leaks or rumours about the next DLC fighter for a while now, which would leave any announcement this week almost impossible to predict. Ryu Hayabusa from Ninja Gaiden and Dante from Devil May Cry remain amongst the most likely inclusions, but not so much that either seems like a dead cert.

Why Email Marketing is the great marketing strategy in 2021?