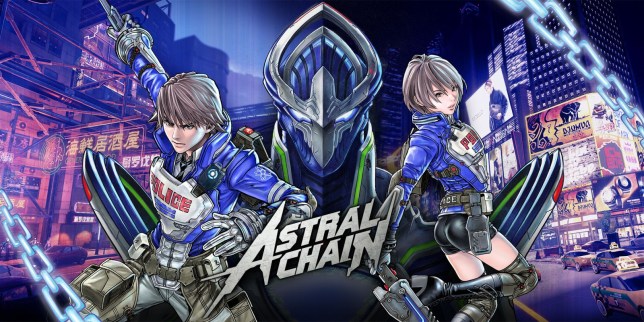 So, how long until the Howard twins become playable in Super Smash Bros.? (Pic: Nintendo)

Any chance of Astral Chain releasing on other platforms has been shot dead, as Nintendo takes on sole ownership.

Astral Chain is not just another PlatinumGames classic, but also one of the Nintendo Switch’s best exclusives. Given its critical and commercial success, it’s unsurprising that Nintendo would want to keep a tight hold on the IP.

Still, earlier this month, fans were surprised to discover that the game’s copyright information had been updated to list only Nintendo and not PlatinumGames.

This sparked suggestions that Nintendo had taken the IP from PlatinumGames and now studio head Atsushi Inaba has confirmed it as such.

Speaking with VGC, when asked about the copyright update, Inaba simply responded with, ‘It’s as it is written on the website: Astral Chain is their IP and as such there are limitations on how much we feel we should talk about.’

The Wonderful 101 was also a Nintendo exclusive but PlatinumGames was able to secure the sole rights to it, which meant it could be re-released on other platforms.

That said, this doesn’t necessarily mean that PlatinumGames will have zero involvement with Astral Chain from now on. If a sequel is ever greenlit, Nintendo will probably give development duties to PlatinumGames. 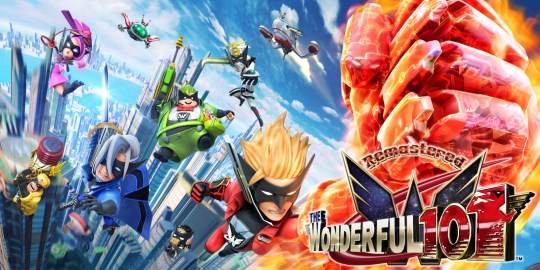 The Wonderful 101 was trapped on the Wii U for seven years (pic: PlatinumGames)

Inaba has also teased a bit more information regarding the studio’s secret fifth Platinum Four announcement. After the last of the four special announcements turned out to be an April Fool’s joke, the website was updated to include a fifth project and it is currently labelled for a 2021 reveal.

Though Inaba attempts to temper expectations by saying that the announcement will be smaller in scale, he does promise that fans will be pleased when it’s finally shown.

‘We want to reveal it at the right time, but what we can say at the moment is that this was always intended as the ‘Platinum Four’, so I think that the expectations should be for something extra,’ he said.

‘We wanted to get this out a little sooner but then the coronavirus happened, which I know is a common excuse, but we hope that when we can start talking about it, it will bring a smile to our fans’ faces and we’ll get a good reaction like, ‘ah, we love those Platinum guys!’’

It certainly sounds like Platinum has its hands full at the moment. Aside from the enigmatic Bayonetta 3, the company is working on its first self-published game, Project G.G., which will serve as an homage to Japanese kaiju shows like Ultraman.

It’s also said that Platinum’s senior game designer Takahisa Taura (whose resume includes Astral Chain and Nier: Automata) is assisting with the NieR Replicant remaster, although Platinum’s overall involvement in the project is limited as they continue to try and concentrate on IP that they own.

What not to miss on TV this week – Netflix, Walter Presents, BBC

Covid death toll could hit 220,000 before the pandemic is over, Sage warns